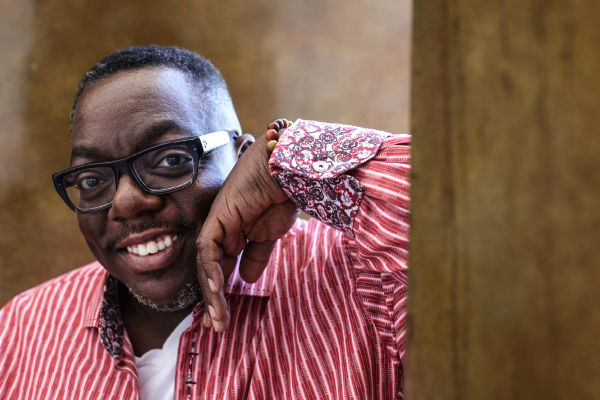 has become a holiday tradition for many. The virtuosic and spirited pianist Cyrus Chestnut and his quartet celebrate the season with a festive evening performing their soulful twist on these favorite tunes.

Born in 1963 in Baltimore, MD, jazz pianist Cyrus Chestnut grew up in a home filled with the sounds of gospel music that his church-going parents played, along with jazz records by artists such as Thelonius Monk

and Jimmy Smith. To this day, Chestnut’s ties to gospel music remain constant.

After graduating from Berklee College of Music in Boston, Chestnut worked with jazz vocalist Jon Hendricks, trumpeter Terrence Blanchard, and saxophonist Donald before joining jazz legend Wynton Marsalis. Chestnut’s recordings include Dark Before the Dawn (1994), which debuted in the sixth spot on the Billboard jazz charts; Earth Stories (1995), for which he composed nine of the CD’s eleven tracks; a solo piano album, Blessed Quietness: Collection of Hymns, Spirituals

The New York Daily News once heralded Chestnut as the rightful heir to Bud Powell, Art Tatum, and Erroll Garner. Chestnut continually tours with his trio, playing at jazz festivals around the world, as well as clubs and concert halls. His leadership and prowess as a soloist have also led him to be first on the list for the piano chair in many big bands including the Lincoln Center Jazz Orchestra and the Dizzy Gillespie All-Star Big Band.

. Currently, he is a member of Greg Bandy’s band, the Valery Ponomarev Big Band, and Cyrus Chestnut’s African Reflections band. Carrington’s recordings include his debut album A Caring Tone (2014) and Mind Traveler

Carrington is on the faculty of the Jazz Mentoring Program at the Eubie Blake Cultural Center in Baltimore.

, bass, A Washington, D.C. native, Eric Wheeler has been studying string bass for 20 years. At age thirteen he was accepted into the Duke Ellington School for the Arts, where he began his study of jazz music.

In 1998, Wheeler was accepted into the prestigious National Symphony Youth Fellowship Program, which provided him with a strong technical facility that would help him to earn a solid reputation amongst his musical peers. Wheeler received both his bachelor’s and master’s degrees from Howard University in 2006. Since then he has toured the world and performed with many notable jazz artists including Stephon Harris, Tim Warfield, Benny Golson, Curtis Fuller, Delfeayo Marsalis, Russell Malone, Pharaoh Sanders, Dee Dee Bridgewater, Terell Stafford, and Cyrus Chestnut. Presently, Wheeler resides in Brooklyn.

drums, With the release of his debut album, The Journey (2018), Chris Beck is making a name for himself on the New York scene as a hard-swinging, powerhouse drummer and composer who pays homage to the classic straight-ahead style of jazz, infused with elements of his African roots and Gospel upbringing.