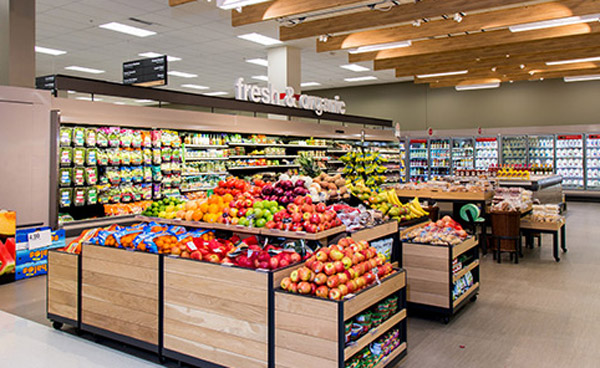 The CUNY School of Labor and Urban Studies has released a new report on “New York City’s Retail Grocery Industry:  Economic Restructuring and Its Impact on Organized Labor,” affecting New Yorkers from Harlem to Hollis.

The report is by Ruth Milkman, Distinguished Professor and Chair of the School’s Labor Studies Program.

The report analyzes in detail the impact on New York City supermarket workers and their unions of economic restructuring and corporate concentration in the retail grocery industry.

“Historically, New York’s grocery and supermarket workers were more highly organized than those in the nation as a whole, and that remains the case today,” said Milkman.  “By the 1960s, unionized grocery and supermarket workers had won stable jobs, seniority rights, grievance procedures, and protection against arbitrary firings.  Those who chose to spend their careers in the industry could move up into better-paying positions with more responsibility through internal promotion systems. Union contracts restricted the hours of part-time workers and regulated other aspects of scheduling as well.”

As of 2020, the United Food and Commercial Workers (UFCW) union-represented over 35,000 workers in the New York area, the vast majority of them employed in supermarkets.

As of 2020, the United Food and Commercial Workers (UFCW) union-represented over 35,000 workers in the New York area, the vast majority of them employed in supermarkets.

But with the entry into New York City of nonunion grocers like Trader Joe’s and Whole Foods (now owned by Amazon), and the growth of grocery sales among nonunion discount stores like Target and (mostly nonunion) drug stores like CVS, Rite Aid and Walgreens, the market share of unionized supermarkets has declined.

Mergers and acquisitions, and the entry of multinational firms and private equity into the New York market, have further changed the landscape.

As a result, unionization in the retail grocery sector – both nationally and in New York – has fallen sharply in recent decades.

As the figure below shows, unionization levels in the New York retail grocery sector are only half the level they were in the 1980s.

The decline was less pronounced than in the nation as a whole:  Nationally, unionization among retail grocery store workers was cut in half, from 27.9 percent in 1986 to 14.0 percent in 2019.

The decline was less pronounced than in the nation as a whole:  Nationally, unionization among retail grocery store workers was cut in half, from 27.9 percent in 1986 to 14.0 percent in 2019.

In the New York City metropolitan area, it fell from 43.6 percent to 18.8 percent over that period.

In the New York City metropolitan area, it fell from 43.6 percent to 18.8 percent over that period.

Employment in the city’s grocery sector has grown in the 21st century.  But largely as a result of union decline, earnings have stagnated for New York City retail grocery workers.

In all five boroughs, and especially in Manhattan, real annual earnings in 2018 were only slightly higher than in 2001.

This is partly due to increased part-time employment in the industry, along with the depressing effect of the Great Recession on workers’ wages.

The UFCW has not stood by passively in the face of the decades-long decline in union density and power in its former stronghold of New York City.

On the contrary, it has launched a steady series of efforts to organize nonunion stores in recent years, although it has yet to find a winning formula to restore its former power in the city’s rapidly changing retail grocery sector.

The COVID-19 pandemic has lifted the profile of “essential” supermarket workers to an unprecedented degree. “Our members have achieved a status that, quite frankly, they deserved long ago,” UFCW Local 1500 President Robert Newell commented in the report.  “And it’s our job to make sure they never look down their noses at them again, and they never stop recognizing how important they are to their communities. … We can never allow this moment in time to be lost!”

The CUNY School of Labor and Urban Studies (SLU) is the 25th College of The City University of New York.

These programs are designed to meet the needs of working adults as well as traditional-age college students who seek to learn more about the challenges confronting poor and working-class populations in the workplace and in the community.

Martha Stewart Wine Co Anniversary Sale! Use code YEAR4 at checkout for 40% OFF plus get a FREE corkscrew with purchase! Valid 4/6-4/12

The School’s faculty includes distinguished scholars in the social sciences as well as expert practitioners in government, labor, and public service.

SLU’s mission derives from its core values: access to education, diversity at every level, social justice, and equality for all.