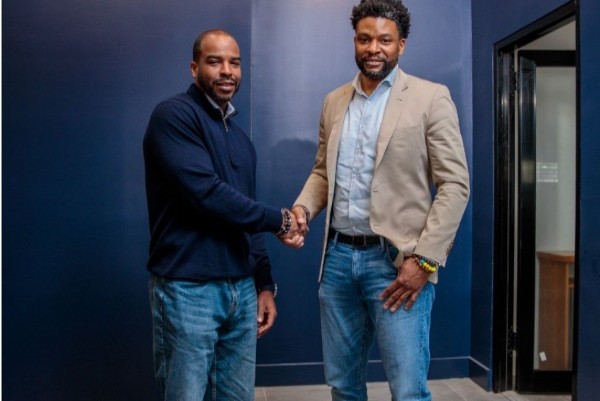 When Stephen Wilder, principal of Think Wilder Architecture first joined CU Grow, a vendor development program led by Facilities and Operations, his main goal was to gain exposure within Columbia and position his company as a leading architectural firm serving the Harlem community.

But as his business expanded, he grew concerned that he would be forced to leave Harlem unless he found adequate and affordable office space to accommodate his growing team.

Wilder put the resources of CU Grow to work, networking with past program participants and coaches during a recent event when he met William Etheridge, a former CU Grow coach and licensed real estate broker. Wilder shared his office space challenge with Etheridge, who had an inside track to available storefront space at a building Etheridge represents in Harlem.

After additional conversations and a tour of the space, a deal was made, and Think Wilder Architecture was able to obtain new office spaces in Harlem.

“Working with William has helped me transition into a space that allows me to stay in the Harlem community where my business has been based since its inception,” said Wilder.  “Due to the commercial market at the time, this was not a guarantee when I first started looking in 2019.”

They have a portfolio of residential and commercial design projects throughout New York and New Jersey.

Learn more about Stephen Wilder and Think Wilder Architecture from this episode of the MWBE Corner on Urbanology, a radio show hosted by CU Grow program administrators Tanya Pope and Scharlene de la Cruz, where Wilder discusses the challenges of being a young person of color pursuing a career in architecture, with hopes to give back to his community in Harlem writes Columbia University.