Cryptocurrency Deals For Sports Fans From Harlem To Hollywood 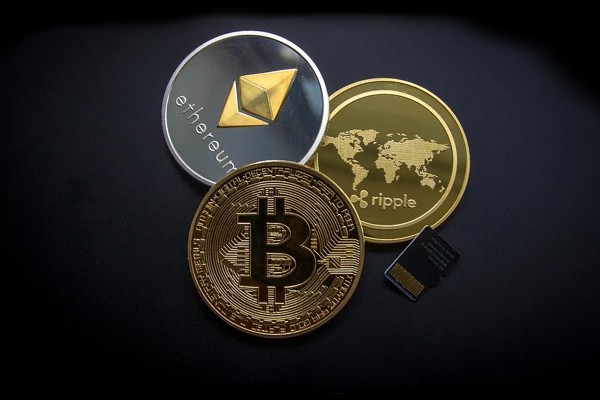 Cryptocurrency is slowly becoming a preferred mode of transaction in different fields.

One of the major fields that seem to embrace the use of cryptocurrency is the sports sector space. Over the years, cryptocurrency is slowly but surely penetrating the sports space. It does not matter if you are on the search for the best deals on NFL football today or looking for some investment options; blockchain and crypto space have got you covered.

The terms of this engagement are that the crypto platform crypto.com will ensure fan engagement through activations and find new avenues for growth for crypto users. Aston Martin aims to augment its brand among the crypto enthusiasts while Crypto.com seeks to penetrate into the Formula 1 audience. The CEO of Crypto.com, Kris Marszalek, said that the partnership of Crypto.com with a ‘well-respected’ brand such as Aston Martin indicates the maturity that crypto has gained over the last few years.

Two dynamic brands, both with a passion for speed, technology and future thinking.

In July 2019, UnitedCoin, a crypto firm based in Ohio, entered into a partnership with Ohio-based pro basketball team, Cleveland Cavaliers. The deal also brought on board the Cavs associated sports club Cavs Legion CC (an eSports organization).

The partnership drew a lot of attention as it allowed the Cavs to explore the fintech sector while UnitedCoin gained entry into the sports-loving community. The terms of the deal stated that Cavs Legion would advertise UnitedCoin as their official crypto partner. The agreement also provided that they would display UnitedCoin on the in-game court. UnitedCoin is a payment processor for both crypto and fiat currencies. It can process payments from its issued Mastercard Debit Cards, email, or even phone.

McLaren is another Formula 1 company that has partnered with a cryptocurrency firm. The Turkish crypto firm, Bitci.com is supposed to create an official fan token for McLaren. Bitci.com is a cryptocurrency exchange with a trading volume valued at around 50 million, and McLaren refers to the partnership as its ‘first-of-its-kind.’

The tokens will be limited edition, and fans who purchase them will become partners of the team. Token owners will also have voting rights on certain decisions made by the team. Interested fans will purchase the tokens through Bitci Chain, Bitci’s native chain developed in 2020.

McLaren Racing has today announced a new long-term partnership with @bitcicom which will see the cryptocurrency exchange become an official partner of the McLaren Formula 1 team. 🤝

SL Benfica is one of the most successful football clubs in Portugal. The club struck a deal with Utrust in 2019 to allow fans and customers to purchase tickets and pay for products through cryptocurrencies. Fans and customers can thus use Utrust’s native token UTK and top cryptocurrencies such as ETH and BTC when making payments on the official website.

Utrust’s instant crypto-fiat conversion feature allows SL Benfica to get the payments in cash and avoid the risks associated with cryptocurrencies. The move also allows the team to tap into fans that are crypto enthusiasts and also benefit from blockchain features such as easing international payments and security.

Barcelona, one of the world’s most famous football clubs, has a fan token named $BAR which was created by Chiliz, one of the leading blockchain companies for sports and entertainment. The platform generated more than $1.3 million within two hours after going live on both the Chiliz Exchange and Socios.com. Demand for $BAR surpassed the limited supply by over 5 times, and the sale attracted fans from 106 different countries.

Even though most people think that cryptocurrencies and blockchain are still in the infancy stages, the sports sector is already making huge strides. However, cryptocurrencies firms and sports companies must ensure that they first create an ecosystem to make it easy to integrate the two sectors.