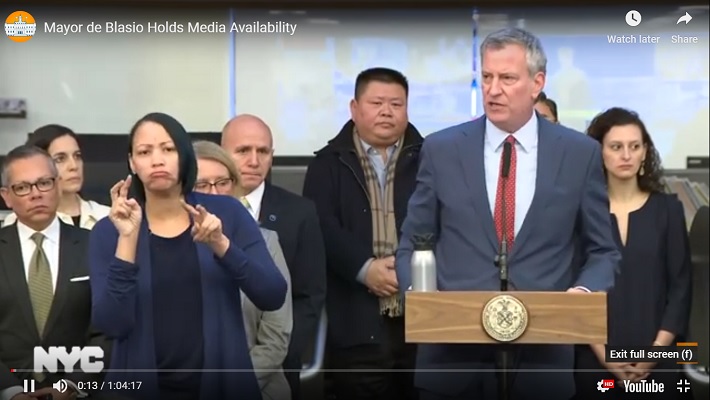 “We’ve seen a spread that is so rapid,” de Blasio said Friday morning. “We have to act on the assumption that there will, unfortunately, be cases sooner rather than later in New York City.”

City officials conducted a drill Friday morning as news broke that the dangerous virus, which has claimed at least 25 lives, had spread from Wuhan, China, to Washington State and Chicago, according to the mayor.

New York will likely see cases reported, the Mayor said, because the city has the largest Chinese population of any city in the world outside of Asia.

No cases had been reported in New York City as of Friday morning, de Blasio told reporters. But he asked anyone who had visited Wuhan within the past two weeks and exhibited flu-like symptoms to go to a doctor immediately.

Otherwise, the mayor said, “Go about your lives.”

It is not yet clear how the disease spreads from person to person, and there is not yet a vaccine or definitive treatment, according to Barbot.

“This is very concerning,” Barbot said. “There are still many things we don’t know.”

Update: Three people were being tested for coronavirus in New York State on Friday, according to a Friday press release from Gov. Andrew Cuomo’s office. A fourth person was tested and found not to have contracted coronavirus.