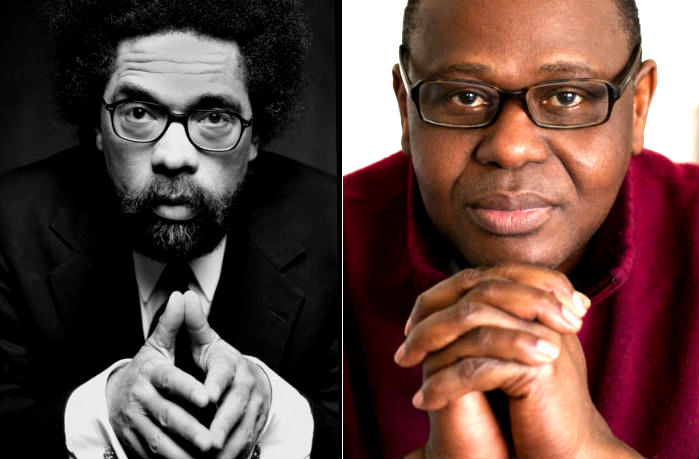 is a review of the titular philosopher’s seminal texts by Mahamadou Lamine Sagna, who has long been interested in the way West analyses politics, democracy, religion and race, and their intersections in America. It is also an analysis of the way West brings religion and music – particularly blues and jazz – into philosophy.

“A major achievement of this book,” Princeton University English Professor Simon Gikandi, “is Sagna’s ability to interpret West’s philosophy and activism together as part of a larger meditation on race and suffering and the continuous search for a humanism yet to come.”

The translation has been lauded in advance of its release, including by NYU Professor Anthony Appiah, former Professor at Princeton University, who said: “Cornel West has had an extraordinary impact in American thought. The translation of this book will help English-speaking readers to understand his impact beyond our shores.”

Harvard Professor Henry Louis Gates, Jr. said, “In this undulating and joyful book, Mahamadou Lamine Sagna shows us how Cornel West illuminates obscurantism and contributes to transmit the torch of knowledge from generation to generation. One experiences the expression of his wisdom, and the nuances of his thinking, with awe”.

The discussion will be followed by a book signing and copies of the novel will be made available for purchase.

Dr. Mahamadou Lamine Sagna currently teaches at the American University of Nigeria, and is an Associate Researcher at Paris VII University’s Laboratory of Social and Political Change (LSCP). He has taught in the United States for more than a decade, including at Princeton University. His works focus on poverty and globalization.

Dr. Cornel West is a prominent and provocative democratic intellectual. He is a Professor of Philosophy and Christian Practice at Union Theological Seminary and Professor Emeritus at Princeton University. He has also taught at Yale, Harvard, and the University of Paris. He graduated Magna Cum Laude from Harvard in three years and obtained his M.A. and Ph.D. in Philosophy at Princeton. He has written 20 books and has edited 13. He is best known for his classics Race Matters and Democracy Matters, and his memoir, Brother West: Living and Loving Out Loud. He appears frequently on the Bill Maher Show, Colbert Report, CNN and C-Span as well as on his dear Brother, Tavis Smiley’s PBS TV Show. From 2010-2013 he was co-host of the popular radio show “Smiley & West” heard on PRI around the country. The co-hosts have recently co-authored the book titled The Rich and the Rest of Us: A Poverty Manifesto. The new book is a game-changing text on economic injustice in America.