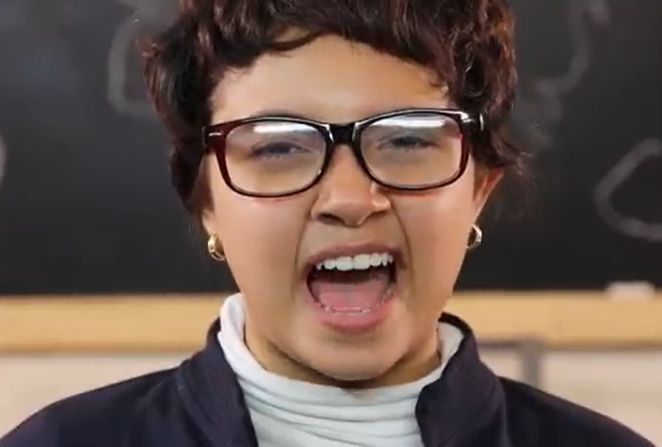 The Mayor’s Office of Media and Entertainment (MOME) and the New York City Department of Education (DOE) are proud to announce the 4th Annual New York City Public School Film Festival, which celebrates the talent and diversity of student voices. The festival will be available for New York City audiences to enjoy as part of the city’s Movies Under the Stars series on May 20th and 21st as well as online at nyc.gov/nycpsfilmfestival.

The Movies Under the Stars screenings are:

A record of 152 films were submitted this year, a 66% increase over last year, from NYC middle and high school students spanning 50 schools throughout the five boroughs. A total of 37 short films have been selected for inclusion in the festival.

“The New York Public School Film Festival is a perfect example of how this administration is committed to developing a diverse and inclusive workforce within the creative sectors,” said Deputy Mayor Maria Torres-Springer. “By shining a light on these young filmmakers from across the five boroughs, we are investing in their individual potential and collective contributions to NYC’s creative economy.”

“We are proud to partner with the Department of Education on the New York Public School Film Festival, which was created to provide opportunities for students to have their work recognized by industry leaders as they explore careers in filmmaking. The festival, now in its fourth year, serves as a platform for the city to celebrate the talent and diversity of student voices,” said the Commissioner of the Mayor’s Office of Media and Entertainment Anne del Castillo.

“I am so proud of our student filmmakers selected for this year’s NYC Public School Film Festival,” said Schools Chancellor David C. Banks. “Film-making, like all of the arts, empowers students’ creative voices and unique perspectives. More than ever, the selected films this year honor the diversity of student voices from around New York City. Thank you to our partners in the Mayor’s Office of Media and Entertainment, without whose collaboration this NYC Public School Film Festival would not be possible.”

“The Public School Film Festival is an inspiring showcase for New York City’s rising talent, and we’re proud that Travers Park and St. Nicholas Park will set the stage for this year’s creative young filmmakers,” said NYC Parks Commissioner Sue Donoghue. “We congratulate the participating students and thank the Mayor’s Office of Media and Entertainment and Department of Education for their ongoing partnership.”

This year’s films tackle global social and justice issues like violence in the AAPI community, the influence of new technology on daily life, mental health, Ukraine, racial profiling, and more, all from the unique perspective of NYC students.

The social commentaries, grounded by the individual experiences of the student voices, are passionate, irreverent, and edgy.

The films also challenge and examine pop culture, while mashing different genres and experimenting with traditional forms and often showcase the student’s own neighborhoods, schools, and communities as main characters in their narratives.

The student’s submitted short films, each 1 to 5 minutes in length, in categories including Animation, Experimental, Short Feature, PSA/Advocacy, and Documentary.

The film festival selections include:

In addition to the film festival, MOME and DOE host multiple student-oriented events each year to provide opportunities to engage with the industry.

In March, students were invited to a behind-the-scenes look at a college-level Film & Media program at City University of New York (CUNY) Lehman College to explore how programs at three CUNY colleges can lead to careers in the film industry.

MOME and DOE extend a huge thank you to the panelists involved in the 2022 official selection process, including:

The Mayor’s Office of Media and Entertainment’s mission is to support and strengthen New York City’s creative economy and make it accessible to all.

In 2019, the creative industries accounted for more than 500,000 local jobs and have an economic impact of $150 billion annually.

MOME comprises five divisions: The Film Office, which coordinates on location production throughout the five boroughs; NYC Media, the City’s official broadcast network and production group; the Office of Nightlife, which supports the city’s nighttime economy; the Press Credentials Office, which issues press cards; and Programs and Initiatives to advance industry and workforce development across NYC’s creative sectors.