New York City Comptroller Scott M. Stringer today assessed $3.2 million in fines against K.S. Contracting Corporation and its owner, Paresh Shah, for cheating dozens of workers out of the prevailing wages and benefits from Harlem to Hollis who were owed under the New York State Labor Law. In addition to being assessed $3.2 million in unpaid wages, interest, and civil penalties, K.S Contracting and Mr. Shah will be barred from working on New York City and State contracts for five years.  K.S. Contracting was named as one of the worst wage theft violators in New York in a report by the Center for Popular Democracy in 2015.

“With President Trump taking clear aim at immigrants across the country, we need to stand up and protect the foreign-born New Yorkers who keep our City running. Every New Yorker has rights, and my office won’t back down in defending them,” New York City Comptroller Scott M. Stringer said. “Contractors might think they can take advantage of immigrants, but today we’re sending a strong message: my office will fight for every worker in New York City. This is about basic fairness and accountability.”

K.S. Contracting was awarded more than $21 million in contracts by the City Departments of Design and Construction, Parks and Recreation, and Sanitation between 2007 and 2010. Projects included the Morrisania Health Center in the Bronx, the 122 Community Center in Manhattan, the Barbara S. Kleinman Men’s Residence in Brooklyn, the North Infirmary Command Building on Rikers Island, Bronx River Park, the District 15 Sanitation Garage in Brooklyn, and various City sidewalks in Queens.

The Comptroller’s Office began investigating the company after an employee filed a complaint with the office in May 2010. The multi-year investigation used subpoenas, video evidence (example below), union records, and City agency ata to uncover a kickback scheme that preyed on immigrant workers. After a four-day administrative trial in May 2016, the Comptroller found that K.S. Contracting routinely issued paychecks to just half of its workforce and then required those employees to cash the checks and surrender the money to company supervisors. Those supervisors would then redistribute the cash to all of the employees on a jobsite, paying them at rates significantly below prevailing wages. K.S. Contracting, however, falsely reported to City agencies that all employees on the jobsite who received checks were paid the prevailing wage.

Between August 2008 and November 2011, the company cheated at least 36 workers out of $1.7 million in wages and benefits on seven New York City public works projects. K.S. Contracting reported that it paid its workers combined wage and benefit rates starting at $50 per hour but actually paid daily cash salaries starting at $90 per day.  The majority of the workers impacted were immigrants of Latino, South Asian, or West Indian descent. 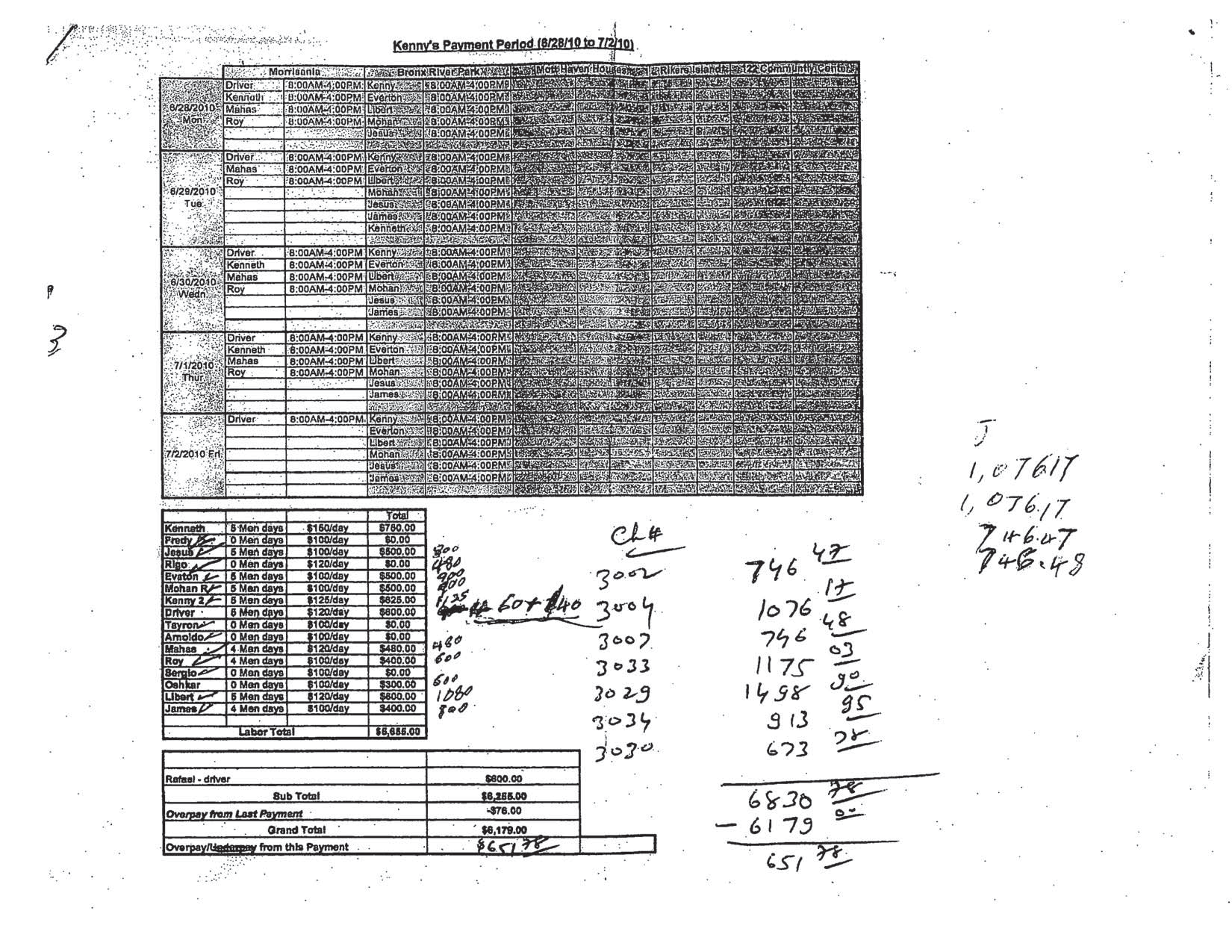 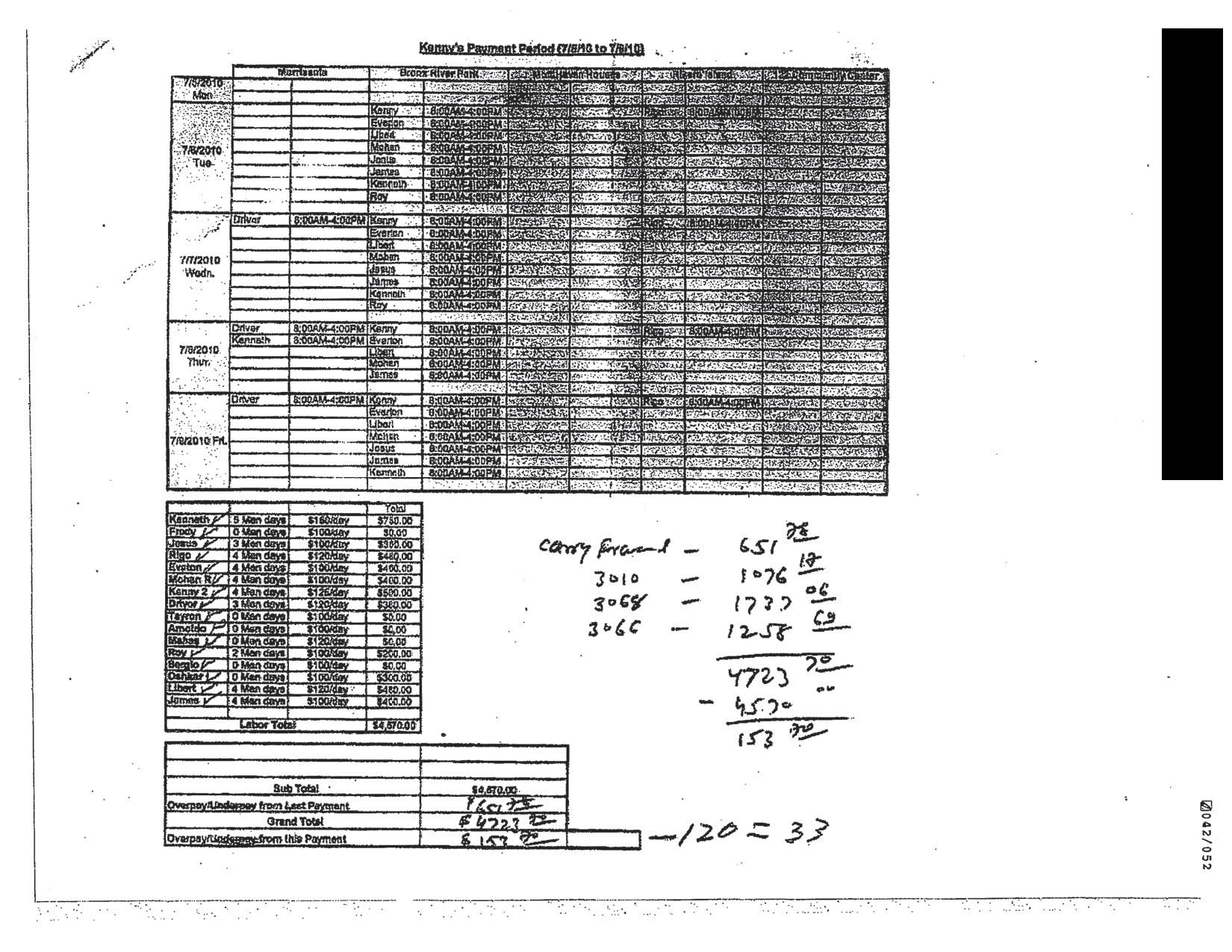 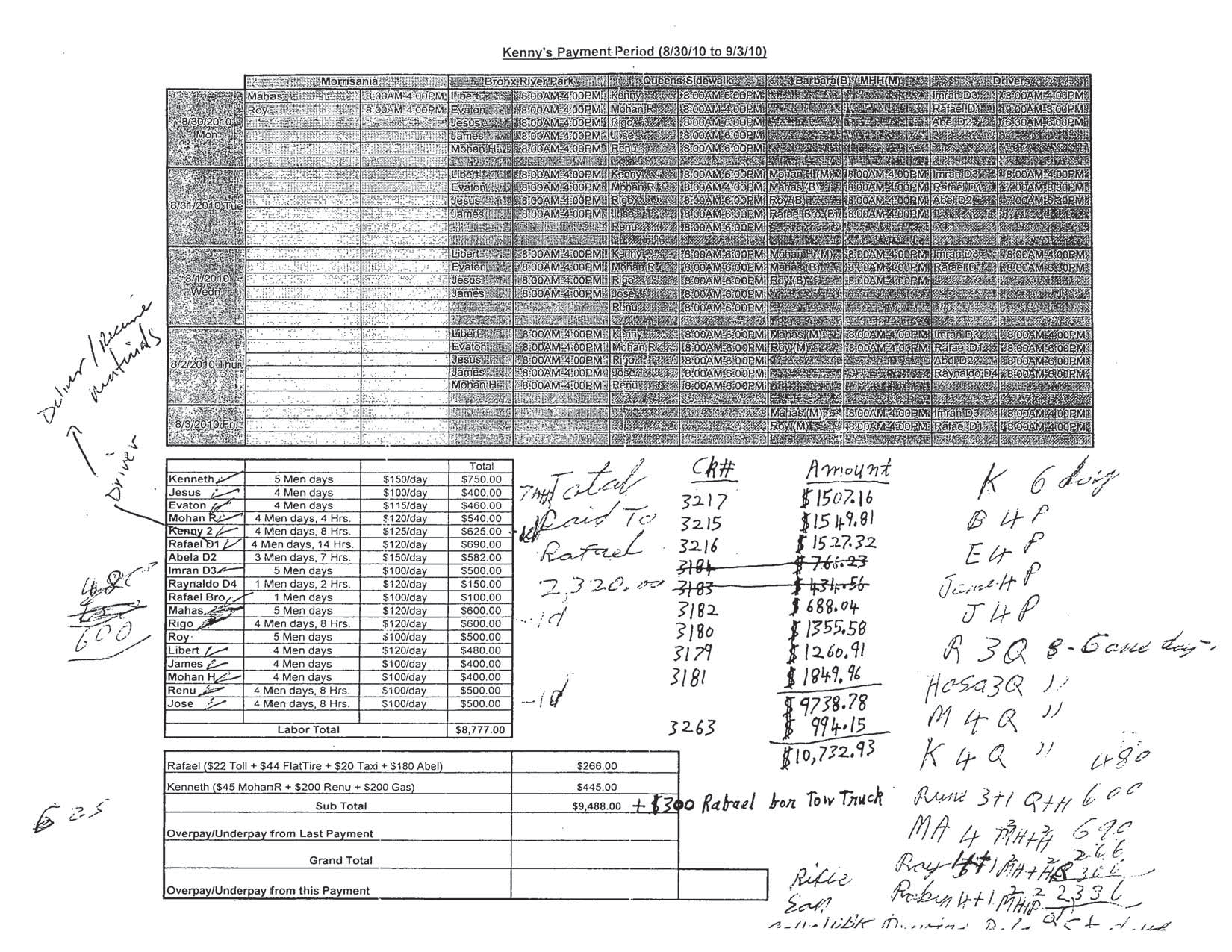 The New York City Comptroller’s office enforces state and local laws which require private contractors working on New York City public works projects or those with service contracts with City agencies to pay no less than the prevailing wage or living wage rate to their employees.

When workers are underpaid, the New York City Comptroller’s office works to recoup the amount of the underpayment plus interest.

Since taking office in 2014, Comptroller Scott M. Stringer’s Bureau of Labor Law has assessed over $20 million and barred 40 contractors from state and City contracts due to prevailing wage violations, both record amounts. The assessed violation number includes underpayment of wages and benefits with interest payable to workers, and civil penalties payable to the City treasury.

“We applaud the Comptroller for standing up for the rights of immigrant workers and debarring bad actors like K.S. Contracting – a company identified by the Center for Popular Democracy as one of the worst violators of wage theft laws in New York.  The Comptroller’s aggressive enforcement of prevailing wage law is a perfect example of what is needed to effectively combat wage theft throughout the city and state,” said Kate Hamaji,Center for Popular Democracy.

“We commend Comptroller Stringer for defending the rights of immigrant workers and ensure that they receive the wages and benefits that they deserve,” said Steven Choi, executive director of the New York Immigration Coalition. “In a time when immigrant communities are worried for their future in this country, it is essential that we have strong city advocates who will ensure that their rights are protected.”

“At a time when exploitative employers are feeling increasingly emboldened by Trump’s hateful rhetoric, it is imperative that our City’s leaders are taking a strong stance in defense of immigrant workers. Wage theft is a persistent and pervasive problem in New York, with employers like Paresh Shah cheating their immigrant workers out of millions of dollars in lawful wages and benefits each year.  We commend the Comptroller for fighting to recuperate wages for the workers at KS Contracting and for showing employers like Paresh Shah that their behavior will not be tolerated by the City of New York,” said Deborah Axt, Executive Director, Make the Road New York.

“I want to thank New York City Comptroller Scott Stringer for taking the lead in fighting wage theft.  Unfortunately wage theft is a crime that is running rampart throughout the construction industry.  Hard working men and women, who expect nothing more than a fair day’s pay for a fair’s day’s work are constantly seeing their hard earned wages stolen by dishonest, criminal employers.  By debarring KS Contracting for five years, Comptroller Stringer and his office have sent a message loud and clear – stealing workers’ wages will not be tolerated in New York.” said Robert Bonanza, Business Manager, Mason Tenders District Council of Greater New York, LiUNA!.

“I would like to thank Comptroller Stringer and his team in the Bureau of Labor Law for bringing justice to the workers at K.S. Contracting. Unfortunately the Comptroller’s task is made more difficult by the fact that many City agencies do not put top priority on monitoring projects for labor violations.  Too many employers in New York City exploit minority and immigrant workers.  And it’s no secret that many immigrant workers are fearful of retaliation for standing up for their rights, especially in an environment where they are afraid of being deported.   This undercuts labor standards for all workers, and safe, educated workers are our City’s most valuable resource.  We need more responsible and proactive leaders like Comptroller Stringer to protect that resource,” said Lowell Barton, Vice President/Organizing Director, Laborers Local 1010, LiUNA!.

“We at the Alliance of South Asian American Labor (ASAAL) are extremely conscious of the rights of every human being who lives in this great nation no matter what their immigration status. Many hard working individuals are taken advantage of by unscrupulous employers. We greatly applaud Comptroller Scott Stringer’s aggressive approach to combat wage theft violations and in this way protect the rights of all workers. I applaud his historic record of debarring 40 contractors since taking office and assessing over $20 million in prevailing wage violations, including today’s order against K.S. Contracting,” said Maf Misbah Uddin, ASAAL National President.