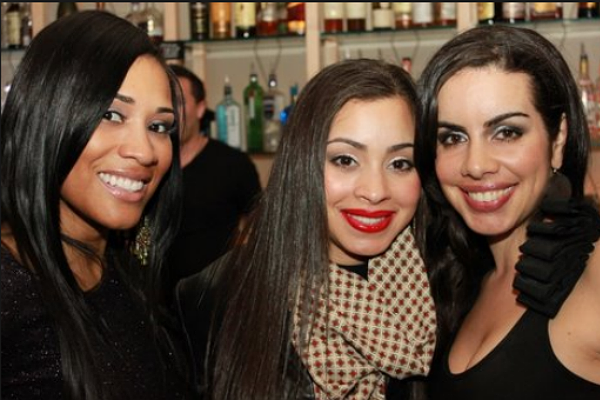 Crystal Etienne is a businesswoman, wife, and mother of two children. She’s also the founder of Ruby Love, a $10 million personal care company that she built in just four years.

“My dream was to always work for myself,” Etienne, a New York native, stated in an email to NNPA Newswire.

“However, I did have thoughts about going to law school. Understanding the political side of things, certain laws, and the rights of those around me always excited me, especially if I felt someone was wronged,” she said.

“I ended up going a different route and landed a job in finance,” Etienne continued. “Math, equations, and anything that had to do with the business was something I was always good at. It was my strong suit, which is ironic because I disliked accounting and finance as a student.”

But her dreams have come true, she said. “The end goal was to always work for myself,” Etienne stated. “I am not in a position to make my own decisions and take control of my course in life.”

Etienne’s success helps to underscore a growing trend highlighted in the most recent State of Women-Owned Businesses Report, which noted that women of color account for 89 percent (1,625) of the new businesses opened every day over the past year.

The annual report, based on U.S. Census Bureau data adjusted by Gross Domestic Product data, found that women-owned businesses continue to trend above all others.

The State of Women-Owned Businesses Report also found that as work has trended toward side hustles and the gig economy, so had female entrepreneurship.

Over the last five years, growth in the number of women “sidepreneurs” grew nearly twice as fast as the overall growth in female entrepreneurship: 39 percent to 21 percent.

Minority women are responsible for a large portion of that growth from 2014-2019, where “sidepreneurship” among minority women-owned businesses was two times higher than others: 65 percent compared to 32 percent.

When looking at specific minority groups over the last five years, growth in sidepreneurship is up 99 percent among African American women, compared to 70 percent for Native Hawaiian and Pacific Islanders, 63 percent for Asian Americans, 46 percent for Latina/Hispanic women, and 36 percent among Native Americans/Alaska Native businesswomen.

The rise in businesses owned by women of color could correlate to the power they’ve displayed at the ballot box.

Since 2000, the number of eligible women of color voters has increased by 59 percent – a gain of more than 13 million potential voters, according to the Center for American Progress (CAP). Black, Latina, Native American, Multiracial, and Asian American, Native Hawaiian, and Pacific Islander women voters are emerging as a collective powerhouse, CAP officials stated.

In CAP’s “Women of Color: A Powerhouse in the U.S. Electorate,” report, authors Danyelle Solomon and Connor Maxwell used new survey data to explore the voter eligibility, electoral participation, and distinct interracial and intraracial policy perspectives of women of color.

The report examined a host of issues from health care and economic inequality to public safety, racial and gender discrimination, and immigration.

“In the past decade, the voter-eligible population of women of color increased six times faster than that of white women, yet candidates, journalists, and policymakers rarely acknowledge their ability to affect elections,” stated Solomon, the vice president of Race and Ethnicity Policy at the CAP, and co-author of the report.

“Women of color are the canaries in the coal mine. When you center them in your policymaking agenda, outcomes for all Americans will improve. Continuing to ignore the policy priorities of this powerhouse of voters will only further undermine the health of our democracy and further exacerbate racial and gender inequalities,” Solomon stated.

“This report affirms what we already know: Women of color are an important – and growing – a catalyst for change in our democracy,” said Aimee Allison, the founder and president of She the People.