Collector Donates 400 Artworks To The Studio Museum In Harlem 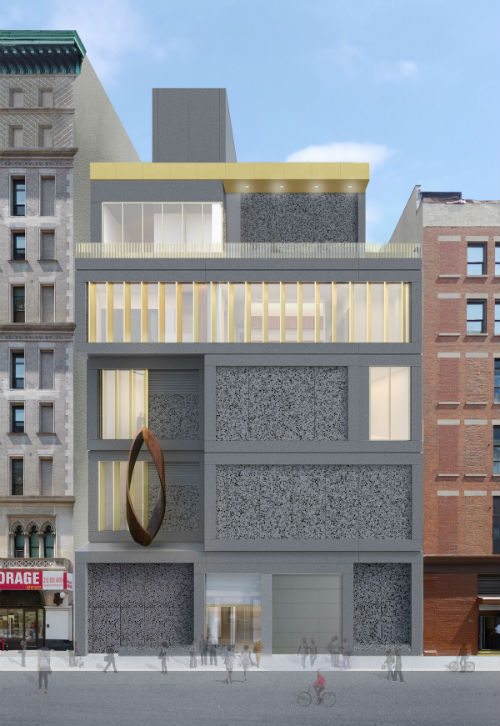 The Studio Museum in Harlem will receive 400 artworks by a “multigenerational who’s who of artists of African descent,” in a gift made by the late art collector and civil rights activist Peggy Cooper Cafritz, museum officials announced.

Cooper Cafritz, who died in February, bequeathed the majority of her art collection to the Studio Museum and the Duke Ellington School of the Arts in Washington, D.C., museum officials said. The works will join the Studio Museum’s collection as the institution prepares for its 50th anniversary year and a move into a brand-new facility.

“We are humbled that the indomitable Peggy Cooper Cafritz chose the Studio Museum to help steward the legacy of her incredible vision. Peggy was a trailblazing champion of artists of African descent, and at her core believed deeply in the power of art,” Thelma Golden, director and chief curator of The Studio Museum in Harlem, said in a statement. “Through her collecting and her support of artists, she quite literally transformed the way the world viewed black artists.”

The works of more than 40 artists — many of them alumni of the museum’s “Artist in Residence” program — are represented in the gift, museum officials said.

Cooper Cafritz died in February at the age of 70 due to complications from pneumonia, the New York Times reported. Throughout her life she amassed one of the largest private collections of African-American art and championed many artists, such as Barack Obama portrait artists Kehinde Wiley, to mainstream success.

“This is, of course, a bittersweet moment. Our mom would have loved to see this bequest come to fruition,” Cooper Cafritz’s son Zachary Cafritz said in a statement. “But we’re thrilled this collection will live on in two places so close to her heart, the Duke Ellington School of the Arts and The Studio Museum in Harlem. Both institutions are dedicated, as she was, to fostering the careers of young artists of color.”

The Studio Museum filed plans to construct a new facility in January after revealing its design in 2017. The David Adjaye-designed building will rise 122 feet tall on West 125th Street between Lenox and Seventh avenues and contain 67,367 square feet of museum space, according to the development plans. The new museum complex will feature galleries on several floors, a cafe, a rooftop terrace, workshop space and an auditorium, according to the building plans.

The Studio Museum first announced plans to build a new home in 2015 after outgrowing its previous space — a century-old commercial building adapted for museum use in the 80s.