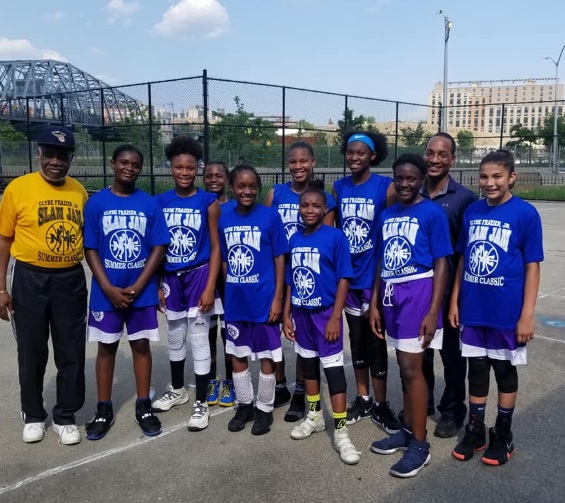 During this first week of Clyde Frazier Jr’s SlamJam at Colonel Charles Young playground 143 and 145street between Lenox Ave and Harlem River Drive in Harlem we present a slice of images from the first week of play. In the photo above Clyde Frazier Sr., (center) is pictured with Rosalyn Gold-Onwude (left) and her sister Ann (right). Rosalyn played many years at SlamJam, she went on to play at Stanford University and in two NCAA championship games there.

Here are some team photographs from the week:

The games continues at Colonel Charles Young playground until August 24th, 2012. Check out the schedule here.