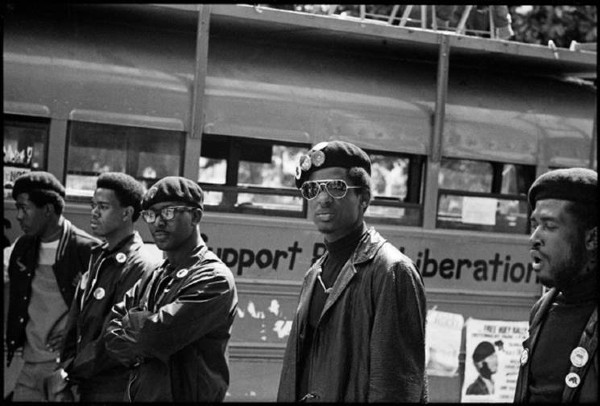 Claire Oliver Gallery is pleased to announce the gallery’s debut solo exhibition by photographer Jeffrey Henson Scales, In A Time of Panthers: The Lost Negatives. The exhibition features 20 photographs from the 1960s including Scales’ earliest forays as a photographer during the electrifying summer of 1967 when at age 13 with his paternal grandmother he toured the Midwest to see relatives. As a Black teenager, he saw the poverty and oppression of Northern Black communities and when he returned to Oakland, CA became immersed in photographing the milieu of the Black Panther movement in Northern California.

The images chart the emergence of his awakening as a documentary photographer as well as a Black man in a pivotal moment in the 20th century that echoes today’s Black Lives Matter movement. In a Time of Panthers: The Lost Negatives is on view September 16 – October 29, 2021 at Claire Oliver Gallery in Harlem.

“I hadn’t seen these images since the 1960s until recently and was struck by not only my origin story as a photographer but also the new urgency these images and the civil right movement takes on in the context of today’s ongoing struggle for racial justice,” states Scales. “These images serve as a time capsule of sorts, not only of my adolescence and political awakening but also for the country whose ongoing struggle with racial inequality, police brutality and resistance is as urgent and timely as ever.”

Hailing from a family of activists and artists, Scales was no stranger to photography or visual art but his interest in photography was catalyzed by his experience surrounding the Northern California chapter of the Black Panther Party, drawn to the movement with urgency to document the struggle. Scales notes the powerful visual presentation of the Black Panthers, with whom he forged close ties through his parents’ connection to the civil rights movement of the era as well as on his own as a burgeoning documentary photographer.

The images also capture key events that convey the violence and tumult of the era including the leadership and the aftermath of the killing of Panther member Bobby Hutton. Several of Scales’ images from the era were used in Black Panther publications including an iconic image of Bobby Seale.

The negatives for the images Scales created from this era were lost until 2018 when his mother passed away and they were discovered when his family home was cleared out.

Since then, Scales has revisited these images and their foundation for his career as a photographer and journalist. For the first time, a curated selection of these Lost Negatives will be presented to the public in advance of a forthcoming book published by SPQR Editions.

Jeffrey Henson Scales is a photographer and educator who curates The New York Times, photography column, “Exposures,” and is co-editor of the annual Year in Pictures special section. He is also an adjunct professor at NYU’s Tisch School of The Arts, Photography & Imaging department teaching photojournalism there since 2006. Mr. Henson Scales began making photographs at age 11 and has spent his life as a documentary and commercial photographer. His documentary photographs have been exhibited at museums throughout the United States and Europe and have appeared in numerous photography magazines, books and anthologies, including the monograph, “House,” in which he documented a single Harlem Barber Shop for over five years. His photographs are in the permanent collections of The Museum of Modern Art, The Museum of Fine Arts, Houston, The City Museum of New York, The George Eastman House, and The Baltimore Museum of Art.

Claire Oliver Gallery is located in Central Harlem in a four-story brownstone. The gallery’s exclusive commitment to the primary market promoting significant emerging artists has allowed for an intensive focus that has nurtured and grown the careers of their artists. Many of the gallery’s artists have been included in The Venice Biennale, The Whitney Biennial, and biennales in Sydney, Pittsburgh, and Lyon and have exhibited works in major international museums including the Smithsonian American Art Museum, The Art Institute of Chicago, Center Georges Pompidou, The Philadelphia Museum of Art, and The Los Angeles County Museum of Art amongst others. Claire Oliver Gallery artists are included in the permanent collections of many important museums worldwide including The Smithsonian American Art Museum, The Art Institute of Chicago, The Tate Britain, The Metropolitan Museum of Art, The State Hermitage Museum, and MoMA. Claire Oliver Gallery held the first American exhibition for the Russian collaborative AES+F, whose work went on to twice represent Russia in the Russian pavilion of the Venice Biennale. Gallery artists have received prestigious fellowships including Fulbright, Guggenheim, USArtist and National Endowment for the Arts.