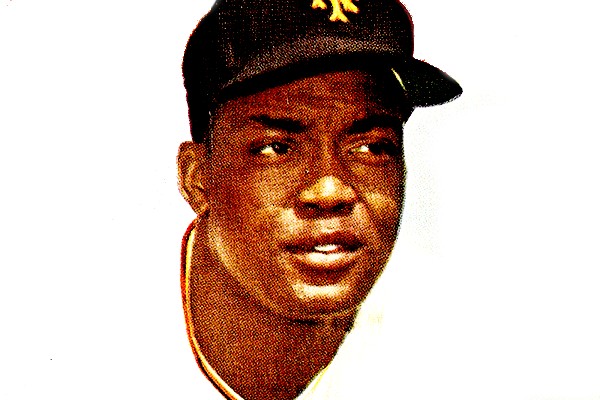 Featured is a run of items from the collection of the late Jack Greenberg.

After succeeding founder and mentor Thurgood Marshall, Greenberg served as the Director-Counsel of the NAACP Legal Defense Fund from 1961 to 1984.

While working under Marshall, he helped argue numerous civil rights cases before the Supreme Court and elsewhere, most notably Brown v. Board of Education in 1954.

After 1984, Greenberg served as a dean and professor at Columbia. 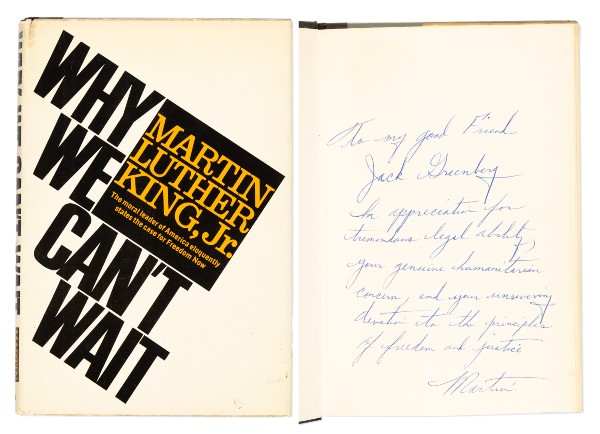 Highlights from the offering include thev first edition of Martin Luther King’s 1964 book Why We Can’t Wait, in which King reflects on his 1963 Birmingham campaign.

The present copy comes to auction warmly inscribed to Greenberg— “in appreciation for tremendous legal ability, your genuine humanitarian concern, and your unswerving devotion to the principles of freedom and justice, Martin.” Greenberg and the LDF had represented King while he was in the Birmingham jail and helped secure his release.

Also of note is a signed and inscribed photograph of Thurgood Marshall ($5,000-7,500); and a 1955 letter signed by J. Edgar Hoover as the director of the Federal Bureau of Investigation to Thurgood Marshall written in the wake of the murder of Emmett Till ($2,000-3,000). 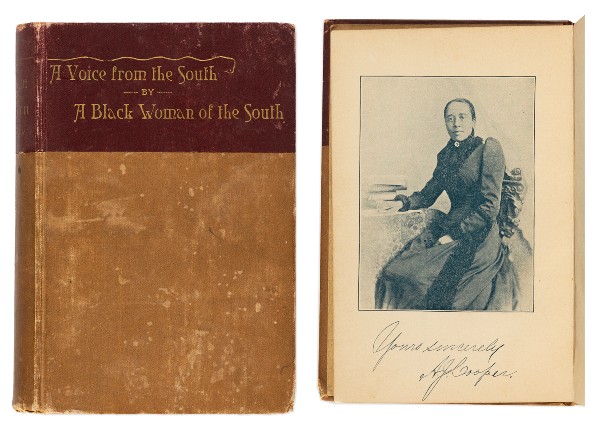 Noteworthy literature includes iconic cornerstone pieces such as Benjamin Banneker’s first almanac from 1792 ($15,000-25,000); Anna Julia Cooper’s A Voice from the South, by a Black Woman of the South, 1892 ($4,000-6,000); and the important third edition, second state of Frederick Douglass’s Narrative of the Life of Frederick Douglass, an American Slave, Written by Himself—bound and issued by Douglass at his North Star press ($20,000-30,000). 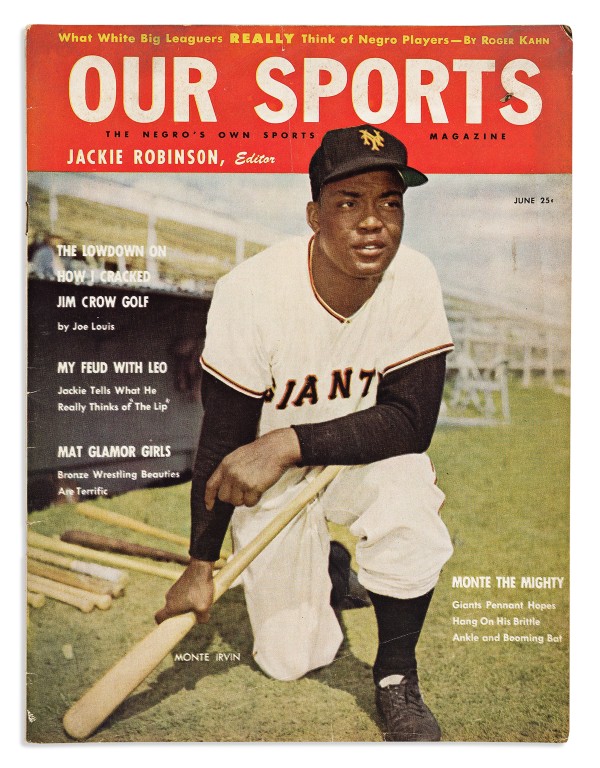 Several important lots relating to Black baseball, both from the Negro Leagues and much earlier, feature. Of note is the earliest known photographs of Black ballplayers in action, from circa 1871 ($3,000-4,000); and a scarce complete offering of Our Sports, five issues from 1953, which saw Jackie Robinson as the editor ($800-1,200).

Exhibition hours are 12 p.m to 5 p.m from March 21 through March 23, 2022. Live online bidding platforms will be the Swann Galleries App, Invaluable, and Live Auctioneers.

The complete catalog and bidding information is available at www.swanngalleries.com and the Swann Galleries App.

Swann Auction Galleries is a third-generation family business as well as the world’s largest auction house for works on paper.

In the last 80 years, Swann has repeatedly revolutionized the trade with such innovations as the first U.S. auction dedicated to photographs and the world’s only department of African American Art.

More than 40 auctions and previews are held annually in Swann Galleries’ two-floor exhibition space in Midtown Manhattan and online worldwide.