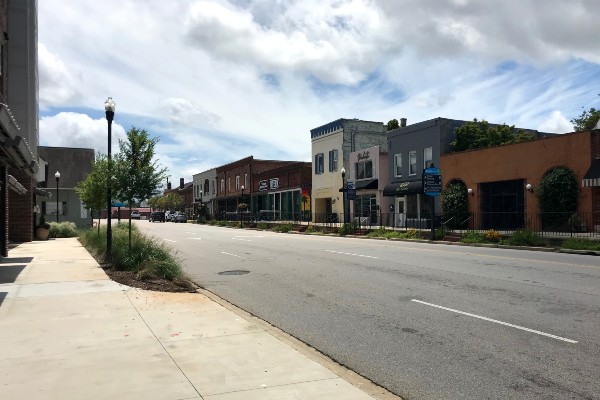 Charging it intentionally discriminates against Black communities in the state and denies Black voters equal opportunity to participate in the political process and elect candidates of their choice.

Redistricting only happens once every decade, and it determines the allocation of political power and representation at every level of government for the next 10 years.

The case was brought on behalf of the South Carolina State Conference of the NAACP and an individual voter, Taiwan Scott, who are represented by the American Civil Liberties Union, NAACP Legal Defense and Educational Fund, Inc. (LDF), the ACLU of South Carolina, Boroughs Bryant LLC, Arnold & Porter, and General Counsel’s Office of the NAACP.

This new filing amends the existing lawsuit to reflect the passage earlier this month of House Bill 4493, which adopted a racially gerrymandered state House map that intentionally cracks and packs Black communities. In addition, the updated suit, which was filed late last night, reiterates the need to pass a constitutionally compliant congressional map, which has yet to happen.

The South Carolina Legislature passed H. 4493 in a flawed and non-transparent process that prevented meaningful and necessary community input and review, including the Legislature’s refusal to consider alternative maps that complied with the U.S. Constitution and federal law.

The following comments are from:

American Civil Liberties Union attorney Somil Trivedi: “This is classic gerrymandering. South Carolina lawmakers surgically carved up Black communities in key areas of the state to entrench their own political power. It has got to stop.”

Leah Aden, deputy director of litigation at LDF: “South Carolina’s H. 4493 represents the latest iteration of South Carolina’s ongoing record of racial discrimination against Black voters. The South Carolina Legislature enacted racially gerrymandered and intentionally dilutive state House districts that minimize Black South Carolinian voting power. And the harms are predictable: Black voters will have fewer opportunities to elect candidates of choice or influence elections and thus have representatives who will be responsive to their needs for housing, economic, educational, and public safety opportunities. The challenged discriminatory districts should not stand.”

Allen Chaney, legal director of the ACLU of South Carolina: “Citizens should be able to rely on elected officials to fulfill their redistricting duties with fairness and transparency, but yet again South Carolinians must instead rely on the courts to vindicate their interest in nondiscriminatory political maps.”

The case was filed in U.S. District Court in Columbia, S.C.