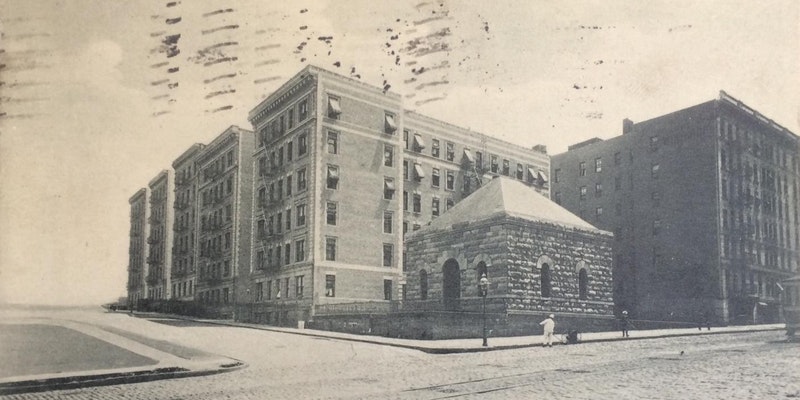 The NYC Parks Department is seeking bids to develop a landmarked Morningside Heights gatehouse into a “high quality cafe,” according to department documents reports source.

The Parks Department began its search for a concessionaire for the Old Croton Aqueduct Gatehouse on West 119th Street and Amsterdam Avenue this summer, and announced this week that a deadline to submit bids will be extended to Nov. 19.

The structure, which was landmarked in 2000, has never served as a Parks Department concession, but has been tapped as “fertile ground for interpretative planning” due to its proximity to Columbia University’s campus, according to city documents.

As it currently stands, the gatehouse is a bit of a fixer upper. The structure no longer serves the city’s water system and has been stripped of all interior equipment. There are currently no utility connections or restrooms in the structure and it lacks a secondary means of egress (now required by the fire code).

The Parks Department is looking for a developer that will “make a significant improvement to the ambiance of the property,” according to its request for proposals. The department also has high standards for quality, stating that the future cafe must “maintain the concession at the highest standards, making a significant improvement to the food services available in the local area.”

For a concessionaire willing to put the work in, the reward may be a booming business. Two nearby Parks Department concessions — Kerbs Café at Central Park and Riverside Park Café at West 105th Street — both grossed more than $1.5 million in 2017 while paying the Parks Department fees around $150,000, according to the request for proposals.

Interested developers can read the full request for proposals here.