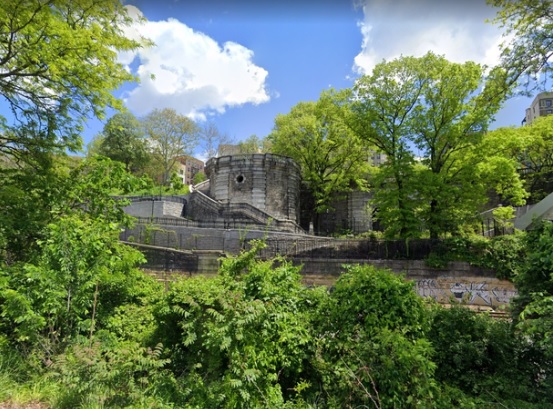 The city is offering restaurateurs an opportunity to partner with the Parks Department to run an eatery in a prime Riverside Park location in Harlem, according to public documents.

The Parks Department is seeking a partner to operate the restaurant space at the West 151st Street Arcade in Riverside Park for 20 years, according to a recently-launched request for proposals. A Parks Department selection committee will accept bids until January 13, 2091, and meetings will be held with some applicants on the week of January 27, 2019.

The West 151st Street Arcade once served as a restroom in Riverside Park but has been closed for decades. Due to the long vacancy, space requires redevelopment including a total refurbishment of both restroom facilities. The city’s chosen partner will be responsible for the renovations, according to the request for proposals.

Parks Department officials described the space, which features old New York colonnade architecture, as “a unique backdrop for a snack bar.” The department is willing to hear other ideas for space, but its goal is to offer Upper Manhattan park users with a food service facility with public restrooms. The West 151st Street Arcade is a 900 -square-foot, one-story space with a 1,900-square-foot rotunda attached. Proposals that incorporate outdoor seating will be “viewed favorably” by the Parks Department.

Foot traffic near the West 151st Street Arcade is expected to increase in the future due to the recent construction of an ADA-accessible pedestrian bridge that connects the space to park entrances near the 150th and 151st streets, according to Parks Department officials reports Patch.

Photo credit: The Parks Department is seeking a partner to turn a West 151st Street space in Riverside Park into a restaurant. (Google Maps).