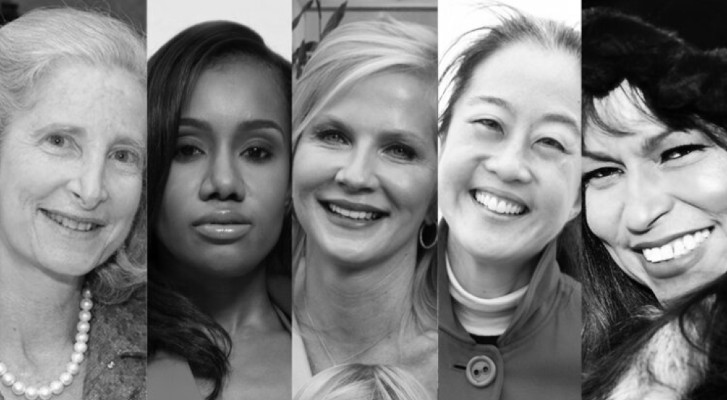 The five-month-long fundraising campaign will lift up the contributions women have made throughout New York’s history as well as their commitment to the city’s future.

Each gift will be matched one-to-one, up to $150,000. CitizensNYC aims to raise $1.5 million dollars this year. This year’s honorees represent the breadth of culture, neighborhoods, and industries that New York City has to offer.

Each month the campaign will highlight one of the five honorees who have committed to rolling up their sleeves to help the city recover from the pandemic. The showcase event is set to take place on Tuesday, June 22, 2021.

One of the nation’s oldest micro-funding organizations, CitizensNYC has a longstanding history of celebrating and supporting civic leaders.

They have provided residents in the city’s most underserved neighborhoods with community, education, and small business improvement grants for the past 45 years.

In 2020, CitizensNYC provided 402 projects with nearly $1.2M in direct cash grants, impacting more than 87,685 residents in 122 neighborhoods across all five boroughs.

This year’s honorees include:

Susan R. Cullman, The Activist, became the volunteer director of the Republican Coalition for Choice in 1991 and spent her days on the Hill and across the country, working with lawyers and consultants, raising money and supporting pro-choice Republican candidates.

Susan, whose family established roots in NYC centuries ago, serves as a board member with several NYC nonprofits including Citizens Committee for New York City, The New York Women’s Foundation, The Avon and Mount Sinai Health System.

Nicole Lee, The Future, is a community advocate, entrepreneur, and candidate for The New York City Council, representing the 31st district.

She is a CitizensNYC grantee partner with more than a decade of experience managing small businesses, serving as the founder of MotherGoose Daycare, Wink Beauty Parlour, and Journey Through Seth’s Eyes, which provides a safe environment and resources for children with special needs, all in her neighborhood of Jamaica Beach, Queens.

Frida Polli PhD, The Entrepreneur, is an award-winning Harvard and MIT neuroscientist turned CEO. She was named one of Inc.’s Top 100 Female Founders in 2019, one of Entrepreneur’s Top 100 Powerful Women in 2020 and has received the MIT 100K, and HVS Life Science Award, a NARSAD Young Investigator Award.

Frida is the CEO and co-founder of Pymetrics, a company leveraging soft skill science and AI to make workforce decisions more accurate and fair.

Frida, along with her husband Conor Bastable, Partner at Davidson Kempner Capital Management, further demonstrate their love for NYC as active supporters of Robin Hood, The Urban League, Prep for Prep, and The Bowery Mission.

Sue Suh, The Optimist, is the Chief People Officer at TIME. She has spent most of the past decade at one of the world’s largest private philanthropies, the Rockefeller Foundation.

Prior to Rockefeller, Sue spent five years in a variety of roles at the U.S. Departments of State and Defense in Washington, New York, and Tripoli, Libya, including a two-year stint at the U.S. Mission to the UN.

A native New Yorker, Sue serves on the board of the Coca-Cola Scholars Foundation, the Classical Theatre of Harlem and Special Olympics Asia-Pacific. She was a Fulbright Scholar in South Korea and a Presidential Management Fellow.

A native New Yorker, Sue serves on the board of the Coca-Cola Scholars Foundation, the Classical Theatre of Harlem and Special Olympics Asia-Pacific. She was a Fulbright Scholar in South Korea and a Presidential Management Fellow.

Rhina Valentin, The Creative, is a leading figure in New York City’s entertainment industry as the founder of La Reina del Barrio, Inc., a media and television production company.

Born and bred in New York City,  Rhina is the talk show host of Colors of Rhina and has been the host of BronxNet’s OPEN Friday since 2006, and is a recipient of the 25 Bronx Influential Women of 2015 Award.

She’s also a practitioner of Transcendental Meditation, is an advocate for domestic violence awareness, and is currently Raising Money for S.T.E.A.M. programs in support of Puerto Rico, Colombia, and West Africa.

“We felt it was important this year to not only launch this campaign alongside Women’s History Month, and to ensure that our New Yorkers for New York honorees were reflective of the vast diversity of New York City — in a way that is reminiscent of the culture that we all know, love, and hold dear. Our distinguished honorees will play a key role in helping to shine a light on the New Yorkers that are most in need at this time,” said Dr. Rahsaan Harris, CEO of Citizens Committee for New York City.

CitizensNYC is seeking donations throughout The New Yorkers for New York campaign. To support the work of the organization and its grantee partners as they work to rebuild New York City, donate HERE.

Citizens Committee for New York City’s mission is to help New Yorkers – especially those in low-income areas – come together and improve the quality of life in their neighborhoods.

Residents are uniquely situated to define and act on the issues affecting their communities. When provided with modest support, neighborhood and school groups can effectively mobilize with the assistance of grants, skills-building workshops, project planning assistance, and an equipment share library.

In 2020, CitizensNYC provided 402 projects with nearly $1.2M in direct cash grants, impacting more than 87,685 residents in 122 neighborhoods across all five boroughs.

Since 1975, we have promoted the spirit of volunteerism, local engagement, and social justice that drives our work. Go to citizensnyc.org to learn more.