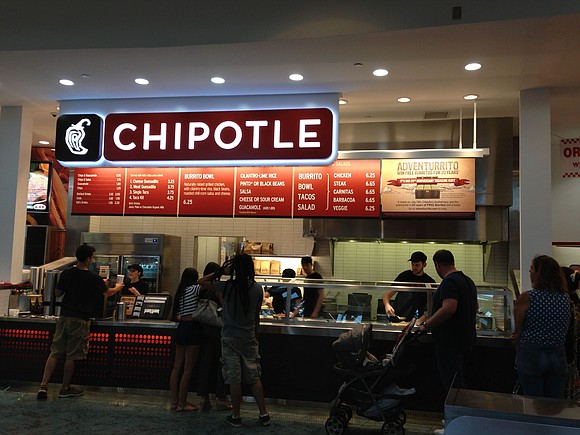 Chipotle with a number of locations uptown has announced that it’s raising pay for employees as it looks to grow its workforce by 20,000.

On Monday, the company said it will pay new and existing hourly and salaried employees an average of $15 an hour by the end of June.

The wage increases will be rolled out throughout the next few weeks. Hourly crew members’ starting wages will range from $11 to $18 per hour.

The restaurant chain said employees will also have opportunities to advance to a “restaurateur” position (the highest general manager position in the system) within a three-and-a-half-year timeframe, with an average compensation of $100,000 a year.

The company has also introduced employee referral bonuses of $200 for crew members and $750 for apprentices or general managers.

The event will include live sessions with Chipotle employees that highlight benefits, career paths, cooking demos, and more.

“Chipotle is committed to providing industry-leading benefits and accelerated growth opportunities, and we hope to attract even more talent by showcasing the potential income that can be achieved in a few short years,” said Marissa Andrada, chief diversity, inclusion, and people officer, in a statement. “We’re looking for people who are authentic, passionate and want to help cultivate a better world through real food and real personal development.”

Chipotle and other restaurant chains are in the midst of a labor shortage brought on by the pandemic.

Major chains including IHOP, Applebee’s, Taco Bell, and KFC have all announced their intention to bring on more workers, and smaller businesses are struggling as well.

“Finding new hires is a skillset that it was not 16 months ago,” Matt Glassman, co-owner of The Greyhound Bar & Grill in Los Angeles, told CNBC last week. “We have had an unbelievable amount of people schedule an interview and not show up. We have never had this problem before.”

Many parents have cited the need to balance a household budget while considering child care costs and schooling needs; other people may be remaining unemployed due to better unemployment benefits.