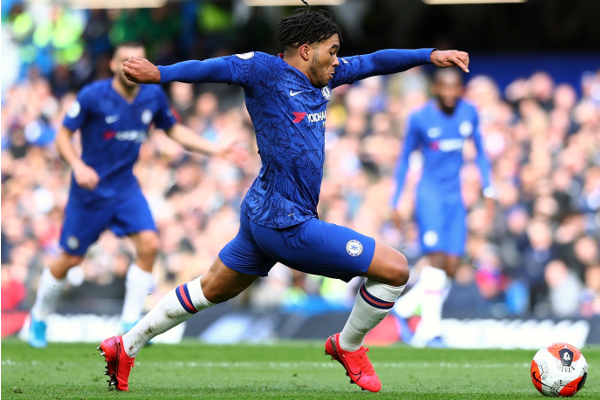 After Chelsea splashed the cash on Romelu Lukaku in the summer transfer window, you would have expected that, at this stage of the season, the Belgian would be leading Chelsea’s scoring charts.

However, against all the odds, right-back Reece James is the man leading the charge for Chelsea, with his partner at left-back Ben Chilwell also chipping in with the goals.

James and Chilwell have seven goals between them in the Premier League so far this season, as Thomas Tuchel’s side have seen the goals shared out amongst multiple members of the team. It’s something few could have expected, but the form of the flying full-backs is yet another example of the fine job Tuchel has done at the club since arriving last winter.

When Chelsea won the Champions League last season, beating Manchester City in the final in Porto, it sent out a signal that the Blues were ready to challenge for the Premier League title. Tuchel had taken a group of players that had struggled for identity under Frank Lampard, and molded them into a cohesive unit. Suddenly, they were a team with structure, with every player seeming to grow in stature since the German’s arrival. There are few better examples of that than James and Chilwell.

Indeed, there are parallels to be drawn between Tuchel’s arrival at Chelsea and that of compatriot Jürgen Klopp back in 2015. Players who had been average at best under the previous coaching setup suddenly looked like different footballers, looking revitalized with work rate increased and standards raised. James and Chilwell had been solid performers under Lampard, but under the tutelage of Tuchel, they have ascended to another level of performance.

Chelsea lead the Premier League table after 11 games, with a three-point gap between them and Manchester City. It’s set to be an incredibly tight title race, with Liverpool also firmly in contention, and the Premier League winner odds from Paddy Power are too close to call. But in the form of James and Chilwell, Chelsea have a couple of aces in the pack, and we’re seeing that few teams know how to deal with the rampaging wing-backs.

Similar to Trent Alexander-Arnold and Andy Robertson at Liverpool, James and Chilwell have been given free rein to get forward and join attacks, and that has led to them creating overlaps on both wings. It’s hugely difficult to defend against, and as a result, the pair have found themselves with chances to shoot.

Both have the ability to arrow the ball with an extreme position, and that’s what we’ve seen from both full-backs. James’ two goals against Newcastle United were proof of his sensational finishing ability, while Chilwell notched an even sweeter striker in the 7-0 demolition of Norwich City at Stamford Bridge, cutting across the ball to find the corner of the net.

In a close title race, you need players and systems that confuse defenders. For Chelsea, the flanks represent a chance to prove that attack is the best form of defense, and their two England internationals have shown their ability to press from the front.

If Chelsea go on to win the title, we may look at James and Chilwell as two of the key performers in a team that has come on leaps and bounds under Tuchel.