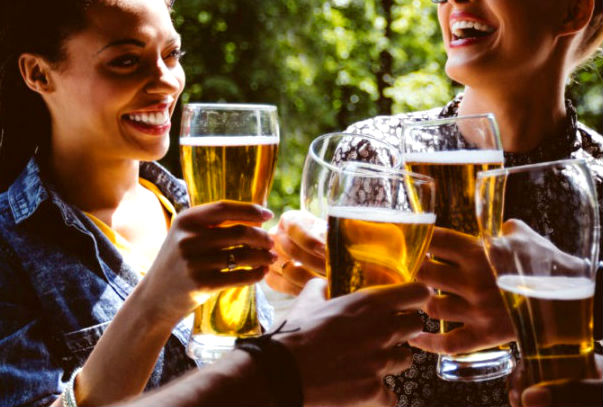 The New York State Brewers Association (NYSBA) is excited to announce the Peace Love Beer & Music Festival on August 14-16, 2020. Taking place on the 51st anniversary weekend of the original Woodstock event, the Peace Love Beer & Music Festival is a celebration of New York State craft beer and the extended community of musicians and artists. The festival will include three-days of programmed, live-streamed music taking place from breweries across New York State. In conjunction with the festival, New York breweries are brewing a collaboration beer titled “Summer of Love” which will launch the week of the festival.

The event schedule will be released ahead of the festival on the Think NY Drink NY website along with links to view live-streamed content from breweries across New York State. Over the course of three days, more than a hundred breweries and artists will broadcast live with brewery tours, musical performances, craft beer edutainment and industry folklore. Music lovers will also have the option to virtually tip musicians, who have been greatly impacted by the pandemic.

NYSBA is asking consumers to purchase a pass to the music fest to help support the New York craft beer industry. Tickets on a donation basis are available for $5 “lawn seats”, $10 “floor seats” and $15 “front row” passes. VIP passes are available for $25 and include a special edition event facemask, and All Access Passes are $50 and include a special edition event t-shirt. Additional merchandise can be purchased on the Think NY Drink NY website.

“This may be the only music festival that will take place this summer,” said Paul Leone, executive director of the New York State Brewers Association. “Within 19 hours of online programming, pass holders will enjoy the shared experience only music can provide while also helping to raise money for New York’s craft beer industry.”

While enjoying the festival, attendees can sip the special edition “Summer of Love” collaboration beer. Breweries across New York have already signed up to brew their version of “Summer of Love,” putting their own unique spin on an easy-drinking summer beer. Cans will be available for purchase by Friday of the festival and feature designs from artists local to the participating breweries.

“This three-day festival truly showcases the craft beer community, including the breweries, musicians and artists that make it so unique,” said Chloe Kay, communications coordinator for the New York State Brewers Association. “And the best part – with live streams from breweries across the entire state, anyone and everyone can enjoy the event!”

Peace Love Beer & Music Festival Schedule Passes for the event and links for all live-streamed content are available at: http://thinknydrinkny.com/peace-love-beer.