The Legendary Charles “Zimmy The Human Fish,” Zibelman, At The Harlem Hospital, 1937 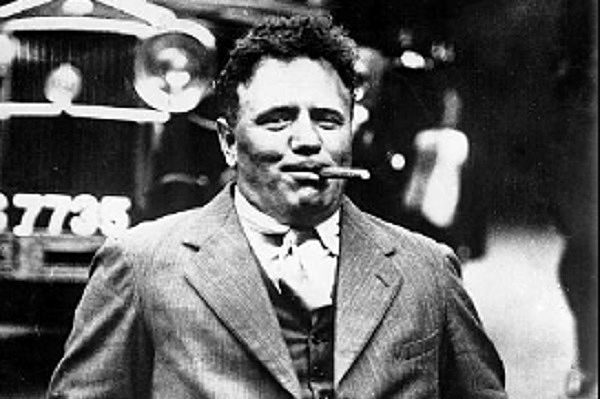 The book shows a couple of men sitting on the dock watching a rowboat, which is alongside a man swimming in the middle of the basin.

The other is a close-up of the swimmer. It is difficult to tell whether he has legs or not. 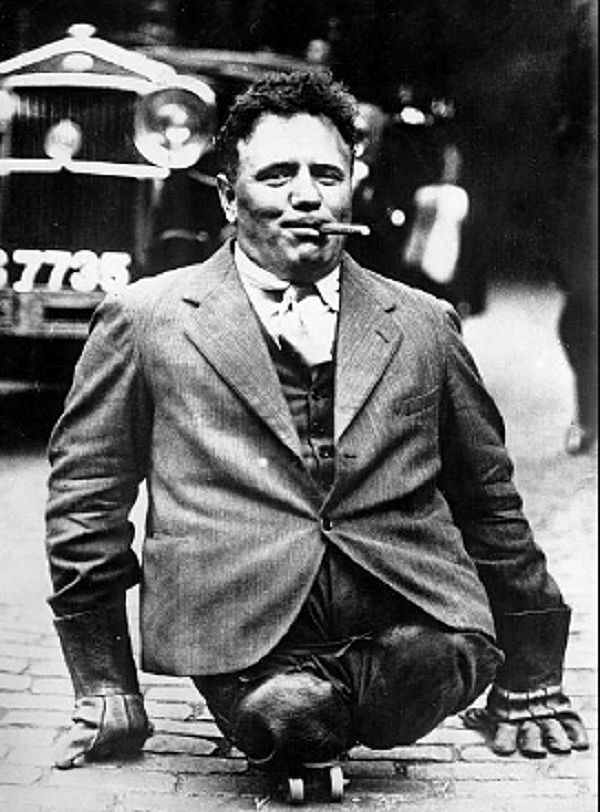 He’s lying on his back, with what looks like a cigar poking up out of his mouth. (Of course, we figured, it must be some kind of breathing tube — you don’t swim 150 miles while you’re puffing on a cigar. Right?)

In the New York Times Index for 1937, the swimmer’s correct name was Charles Zibelman, though he went by Charles Zimmy (also known as “Zimmy the Human Fish.”)

He lost his legs beneath the wheels of a trolley at the age of nine. He was 46 in 1937, residing in Harlem, New York (we don’t know the address as of this writing), but with a wife and two children in Florida.

He didn’t let that stop him, he taught himself how to golf, and drive a car using special contraptions.  His real fame would come later, as an astounding endurance swimmer. 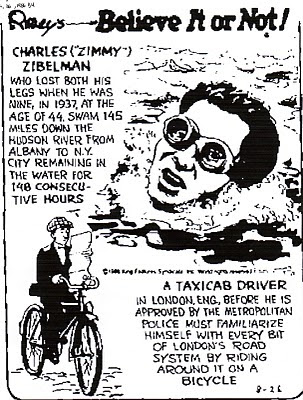 He made his livelihood through “swimming exhibitions.” He was able to stay in the water — even to sleep there — because the loss of his legs gave him almost supernatural buoyancy, like a cork. 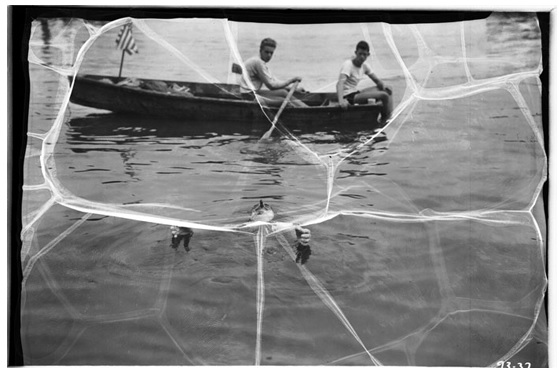 For several hours this afternoon Zimmy lazed in the water off Old Rattlesnake Island, a mile and a half above here, smoked cigars and joked with occupants of passing boats while he waited for the tide to turn.

“When I finish this,” he told spectators, “my next big swim will be from Key West to Havana.”

He made it to his planned destination — the 125th Street Ferry dock, opposite Edgewater — around ten at night, but a strong tide swept him another mile or so down the river.

A rowboat towed him back, “where an ambulance was waiting to take him to Harlem Hospital for rest and recuperation.”

He insisted on executing several dives before leaving the water to prove to several hundred spectators that he still was in good health after his long ordeal.

“I feel kind of funny being out of water,” he said.

Despite advice from physicians, who were concerned over his temperature of 100 degrees, Charles Zimmy … left Harlem Hospital …

Zimmy read with interest an…interview with Mrs. Lottie Moore Schoemmel, another marathon swimmer… She doubted that Zimmy could swim from Key West to Havana…on account of barracuda and other fish… Zimmy commented, “I’ve got a grease I use that I think will keep those fish away.”