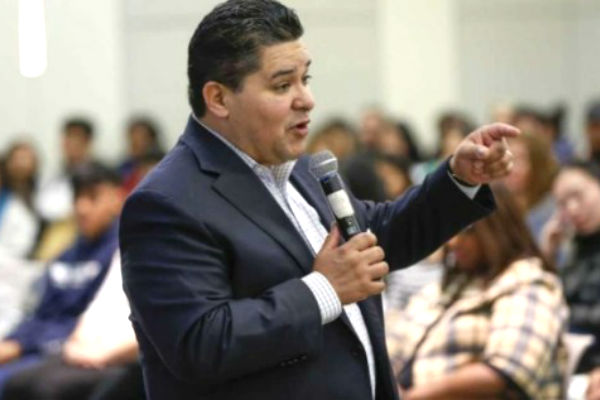 Schools Chancellor Richard A. Carranza, New York Yankees, and Stonewall Inn today announced that applications are open for applicants from Harlem to Hollis for the 2020 Yankees-Stonewall Scholarship. Now in its second year, these $10,000 college scholarships celebrate the achievements of New York City public school graduating seniors who have demonstrated strong academic achievement and impactful support of the LGBTQ community. All New York City public school seniors are eligible to apply at schools.nyc.gov/lgbtq. Applications will close on March 1, 2020, and one student from each borough will be selected.

“New York City is the birthplace of the LGBTQ civil rights movement, and we couldn’t be prouder to honor that legacy by giving such a wonderful opportunity to our students, thanks to the generosity of the New York Yankees and Stonewall Inn,” said Schools Chancellor Richard A. Carranza. “Our public schools are sending students to college in record numbers, and I encourage all eligible seniors to not only apply, but tell their classmates about this exciting scholarship too. Let’s go Yankees!”

“We want every LGBTQ young person in our city to be safe, supported and healthy, and this scholarship program helps make that a reality,” said First Lady Chirlane McCray. “Student leaders are role models who are making a difference in their communities, helping the young people who will follow in their footsteps. We encourage all eligible students in the five boroughs to apply.”

“We are thrilled to once again partner with the New York Yankees and the Department of Education for the Yankee-Stonewall Scholarship,” said Stacy Lentz and Kurt Kelly, Co-Owners of The Stonewall Inn. “It’s a great honor to recognize outstanding LGBTQ students and help provide educational funding for our future leaders.”

The Yankees-Stonewall Scholars initiative was created in September 2018 to commemorate the 50th anniversary of the Stonewall Inn uprising and celebrate the achievements of New York City public school students. In June 2019, five students were each awarded $10,000 college scholarships. The winners were: Francheska Colon, who attended South Bronx Preparatory in the Bronx, Ashley Farrell, who attended Susan E. Wagner High School on Staten Island, Hugh Goldstein, who attended Metropolitan Expeditionary Learning School in Queens, Alex Rosado, who attended The Clinton School in Manhattan, and an anonymous student from Brooklyn.

The New York City Department of Education, in partnership with the Yankees and Stonewall Inn, will review all applications and select the five recipients to be announced in Spring 2020. The recipients will also be celebrated at a game at Yankee Stadium during the 2020 season.

In New York City, a record-high 48,782 students in the Class of 2018 enrolled in college, and college enrollment is at its highest ever—62 percent. The Equity and Excellence for All agenda has improved outcomes for students year after year, ensuring every high school has resources for students to graduate with a college and career plan, and every middle school is providing students with early exposure to college campuses and school-based events promoting the pursuit of higher education. Measures of college readiness for the Class of 2018 also improved – 51 percent of all students in the Class of 2018 graduated college ready, defined as graduating high school on time and meeting CUNY’s standards for college readiness in English and Math. The graduation rate for the Class of 2018 reached a record-high of 75.9 percent.