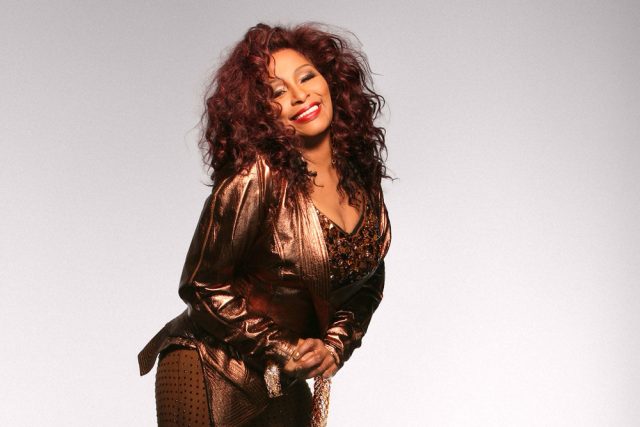 One of the reigning divas of R&B and soul, 10-time GRAMMY winner Chaka Khan (“I Feel for You,” “Through the Fire,

From the moment she burst onto the music scene in the 1970s as the 18-year-old lead singer of the classic funk-rock band Rufus, Chaka Khan’s

powerful voice and sensual, show-stopping stage presence set her apart from her peers. Throughout her solo career, she has lent her distinctive vocal style to a multitude of genres, including R&B, jazz, pop, rock, gospel, country, classical and dance music. As a multiple GRAMMY winner, Khan has racked up sales of over 75 million records worldwide, and has earned 10 No. 1 hits on the Billboard charts.

“The influence of a vocal institution such as Chaka Khan

never fades far from the minds of millions of fans, whether they be ardent followers or younger artists influenced by the masterful works of her five decades as a performer,” says Soul Tracks

in its review of Khan’s brand-new album, Hello Happiness. “She makes each tune she touches a standout that is hard to resist, and even harder to forget.”

New Jersey Performing Arts Center (NJPAC), located in downtown Newark, N.J., has the most diverse programming and audience of any performing arts center in the country and is the artistic, cultural, educational and civic center of New Jersey – where great performances and events enhance and transform lives every day. NJPAC brings diverse communities together, providing access to all and showcasing the state’s and the world’s best artists while acting as a leading catalyst in the revitalization of its home city. Through its extensive Arts Education programs, NJPAC is shaping the next generation of artists and arts enthusiasts. NJPAC has attracted more than 9 million visitors (including over 1.7 million children and families) since opening its doors in 1997, and nurtures meaningful and lasting relationships with each of its constituents.

NJPAC, One Center Street, Newark, New Jersey 07102, www.njpac.org or 888.GO.NJPAC or by visiting the NJPAC Box Office – on sale now!