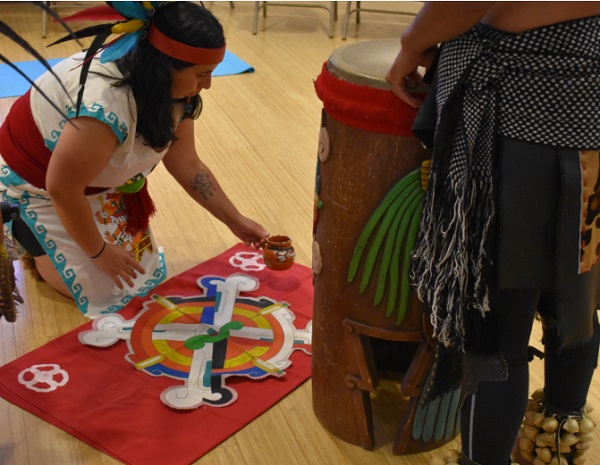 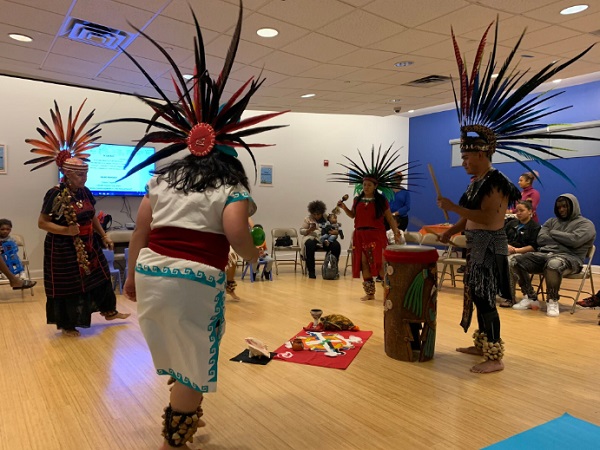 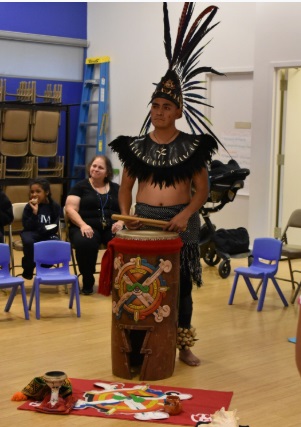 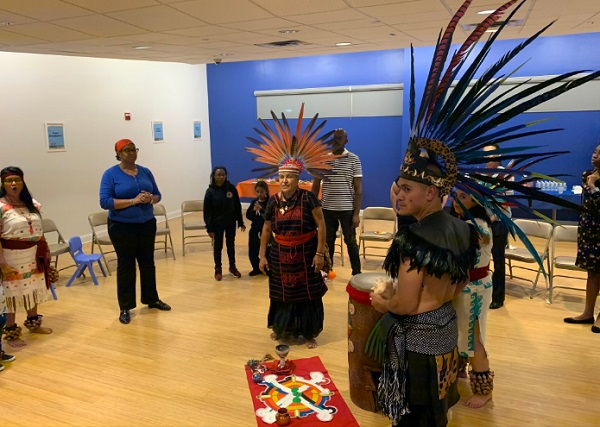 This month, Good Shepherd Services officially announced an organizational decision to formally recognize the second Monday in October as “Indigenous People’s Day.” Understanding the legacy of trauma left by Christopher Columbus on Native Americans across the Americas, this performance marks the long-overdue celebration of the rich Native American culture that has been systematically erased from U.S. history. Good Shepherd Services celebrated this momentous decision, and observed this important and long-overlooked holiday, with a performance of indigenous ritual and ceremonial dances for the community. Dancers included community members in a friendship dance and shared with attendees the significance of their movements and traditions.

Cetiliztli Nauhcampa Quetzalcoatl in Ixachitlan was formed in 1999 by individuals from the Four Directions of the world. Most of its members hail from Mexico, South America, the Caribbean as well as the U.S. The Cetiliztli are an indigenous group that offers ceremonial performances and workshops through dances and songs from the Anahuac tradition. 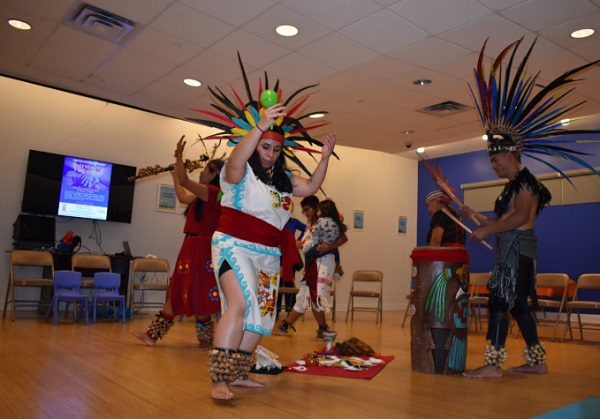 “For too long the legacy of trauma left by colonialism on Native American populations in the Americas has gone overlooked. We are so proud to formally celebrate Native American culture by recognizing the second Monday in October as “Indigenous People’s Day,” said Sister Paulette LoMonaco, Executive Director of Good Shepherd Services. “We thank the Cetiliztli Nauhcampa Danza Group for sharing their culture and traditions with us on this very meaningful occasion, and we look forward to continuing to elevate the history and culture of Native Americans.

Good Shepherd Services goes where children, youth, and families face the greatest challenges and provide resources that build on their inherent strengths to help them thrive. Good Shepherd operates over 80 programs, which help nearly 30,000 youth and family members in struggling neighborhoods throughout New York City. All programs are united by a common goal—to create opportunities that help our participants succeed at school. https://goodshepherds.org/