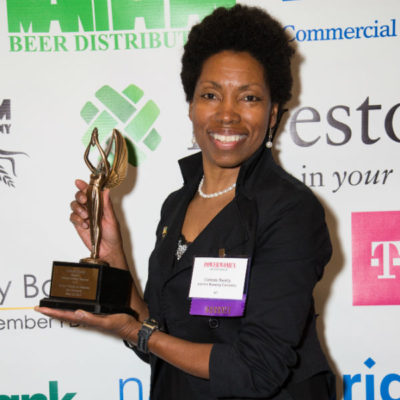 Women.nyc, the pioneering initiative to keep New York the greatest city in the world for women, today announced the formation of its advisory board including Celeste Beatty, Harlem Brewing Company to continue propelling the city forward in the fight for gender equity.

These leaders hold positions in tech, finance, media, education, business, and other key sectors and will provide more of the leadership needed to move the needle on achieving gender parity in the workplace. The board will be led by Alicia Glen, former deputy mayor for housing and economic development under the de Blasio administration and one of the founders of women.nyc.

The full list of board members and their affiliations can be seen here.

“Women.nyc is a transformative step towards ensuring women of all backgrounds have access to the resources and funding they need for success,” said Alicia Glen, former deputy mayor for housing and economic development of New York City and chair of women.nyc. “As the program continues to grow, I am delighted to be joined by this group of incredibly accomplished women, who will help us develop a national model for cities seeking to create more inclusive and diverse economies.”

“In just one year, women.nyc has changed the conversation around women’s empowerment and equity in New York,” said Faye Penn, Executive Director of women.nyc. “Our incredible advisory board members will help us continue to shape the public discourse and advocate for more resources to help women succeed.”

The complete board is scheduled to meet twice a year. However, various subsets of the board will meet more regularly to advise on projects relevant to their expertise.

Women.nyc was founded in 2018 to help make New York City fairer for working women by both increasing representation and opening doors of opportunity. Since then, it has rolled out a number of groundbreaking initiatives, including She Built NYC, a commitment to build more statues honoring female trailblazers throughout the five boroughs, WE Venture, a plan to increase funding access for women entrepreneurs, and the Women’s Fund, a new program that provides grants to support film and theater projects by, for, and about women.

“As an investor, I see that female entrepreneurs do not get the same amount of capital that their male counterparts do. I am hopeful that women.nyc will be a force or closing this and the many other opportunity gaps facing women.”

“I am excited to work arm in arm with such an impressive group of women from a variety of perspectives with the shared goal of lifting up women in neighborhoods all throughout the city,” said Margaret Anadu, managing director of Goldman Sachs’ Urban Investment Group. “As an investor, I see that female entrepreneurs do not get the same amount of capital that their male counterparts do. I am hopeful that women.nyc will be a force or closing this and the many other opportunity gaps facing women.”

“I’m honored to join an outstanding group of successful and compassionate women dedicated to providing resources and professional support for the women of this city,” said Katy Clark, president of BAM. “women.nyc is a unique initiative, powered by the desire to join forces and help each other. I’m proud to be a part of it.”

“As a native New Yorker and the product of New York City Public Schools, I’m thrilled to be joining the women.nyc advisory board to help continue Deputy Mayor Alicia Glen’s work to make New York City a leader in policies that advance women’s rights,” said Audrey Gelman, founder and CEO of The Wing.

“I’m honored to be joining these exceptional leaders and look forward to working together to help more women achieve their goals,” said Sharon Greenberger, president and CEO of the YMCA of Greater New York.

“I’m thrilled to be joining such an important board, alongside many women I admire, whose sole mission is to make New York City the best place in the world for women to succeed,” said Jennifer Hyman, CEO and co-founder of Rent The Runway. “I commit to leading initiatives to help as many women as possible start and run successful businesses, get the funding and support they need and know their rights. Founding and leading Rent the Runway over the past 10 years has made it so clear to me how important it is for women to have a seat at every table.”

“I am thrilled to be part of women.nyc,” said Rebecca Kaden, partner at Union Square Ventures. “The NYC startup ecosystem is in an unprecedented moment of opportunity and women are at the heart of that. They are starting, leading, and building the most important companies of tomorrow and women.nyc will play an important role in bringing the community together to support and empower them.”

“I couldn’t think of a more fantastic city to live in that has put so much effort into supporting women and female founders,” said Rebecca Minkoff, co-founder and creative director of Rebecca Minkoff. “As part of the advisory board, I am thrilled to bring not only my experience as an entrepreneur to the table but the entire female Founder collective network to leverage our collective knowledge and elevate women and WOB to the next level.”

“Our future depends on the ability to grow the creative and innovative voices and visions of NYC women; artists, entrepreneurs and everyday citizens,”

“Our future depends on the ability to grow the creative and innovative voices and visions of NYC women; artists, entrepreneurs and everyday citizens,” said Liz Neumark, founder and CEO of Great Performances. “Serving on this board that focuses the resources for success is incredibly exciting for me – I am honored to be a part of this team.

“Women.nyc is making New York a better city not just for women, but for everyone who lives and works here,” said James Patchett, president and CEO of New York City Economic Development Corporation. “I am proud to support this visionary effort that will help our city continue to close the gender gap.”

“AT&T is committed to lifting up women and girls by creating opportunities for them succeed in tech, and I couldn’t be more excited to join women.nyc to help all of New York’s women prepare to achieve their goals,” said Marissa Shrorenstein, president of AT&T for the state of New York. “Throughout my career, I have been lucky enough to work with women who have lifted me up and supported my professional development, and I am passionate about doing the same for future generations.”

“Women.nyc is working to make New York’s spaces and places even more inclusive,” said Claire Weisz, founding principal of WXY. “I am proud to be part of this extraordinary group of women working to make our boroughs more dynamic and reflective of its residents.”

“The new women.nyc board will help to ensure that women are equitably represented in leadership positions in business and government,” said Kathy Wylde, president and CEO, Partnership for New York City.

The full list of board members and their affiliations can be read here.

When women succeed, the greatest city in the world becomes even better. Women.nyc is a groundbreaking initiative that not only inspires women to advance their careers, but also provides them with the real tools they need for success. From free, expert legal advice, to networking and mentorship, to financial assistance, women.nyc offers a growing portfolio of resources for working women. Join women across the five boroughs and make your #nycpowermove with the help and support of women.nyc.