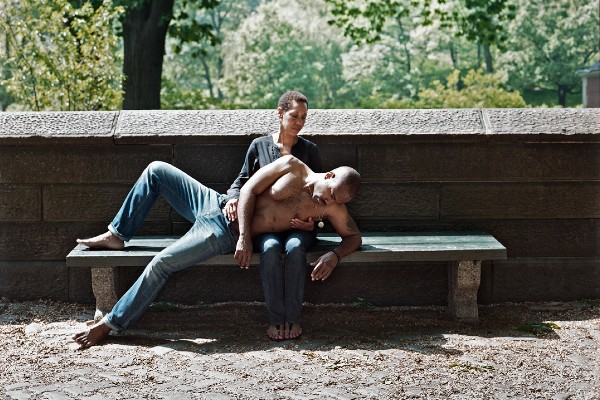 After launching its digital exhibition On Protest and Mourning, the Caribbean Cultural Center African Diaspora Institute-CCCADI unveils its ongoing virtual dialogue series as a free opportunity for exhibition viewers.

The general public to dig deeper into the exhibit’s narrative against the state’s militarized violence, the emotional and mental brutalities it wields, and the mourning of Black lives loved and lost.

Each exhibition artist will be joined by speakers and facilitators, such as renowned activist Monifa Bandele, a member of the policy table leadership team for the Movement for Black Lives, and the steering committee for Communities United for Police Reform.

Bandele, who has also worked with MomsRising to advocate for economic security and justice for mothers, women, and families, will offer remarks at the opening virtual event, scheduled for April 7, 2021, at 6 PM (EST).

Grace Aneiza Ali, curator of On Protest and Mourning, will host the dialogue series which will run through June.

“Through this Dialogue Series, we hope to engage both artists and activists in helping us navigate timely yet challenging questions: How do we record our outrage against Black death as well as affirm Black life? While we engage in protest and uprising, how can we also mark the lives that have been irreparably damaged or lost? How do we honor our individual and collective grief, privately and publicly?” says Grace Aneiza Ali, Curator-At-Large, CCCADI.

Schedule of On Protest and Mourning Virtual Dialogue Series. All times are EST:

Thursday, May 13, 2021, 6 PM – 7:30 PM: Terrence Jennings (I saw honor and dignity, too!) and celebrated photographer Jamel Shabazz will share why they seek out dual concepts of honor and dignity in portrayals of Black life throughout New York City.

Tuesday, May 25, 2021, 6 PM – 7:30 PM: Dee Dwyer (Justice for Deon Kay) will open up about her mission to counter the misrepresentation of the Southeast, Washington, DC community with more genuine documentation.

Tuesday, June 8, 2021, 6 PM – 7:30 PM: Carlos Javier Ortiz (We All We Got) will share how he used his documentary as an elegy for the city and people of Chicago as well as the ways in which his work illuminates the stories too often reduced to stereotypes.

Thursday, June 24, 2021, 6 PM – 7:30 PM: Nadia Alexis (What Endures) will present photographs from her series, What Endures, which she deems “a form of homage to the departed and the living.”

Through their, work CCCADI offers a collective space where African descendants honor the contributions of the global African Diaspora through exhibitions, performances, conferences, educational programs and international exchanges: www.cccadi.org