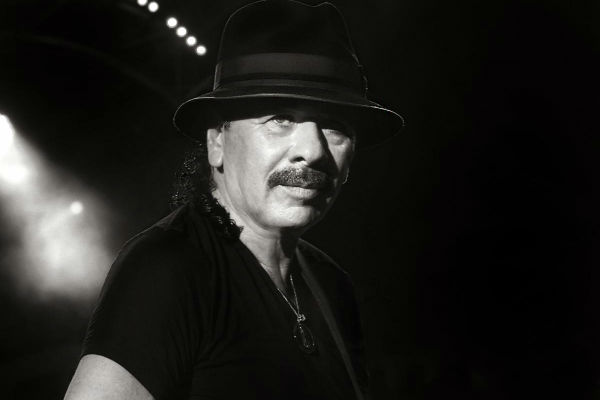 Legendary guitarists Carlos Santana and Buddy Guy and the Jazz Foundation of America’s Vice-Chair and Founding Director Wendy Oxenhorn will be feted on April 14, 2020.

The event is titled “A Great Day in Harlem,” the JFA’s annual fundraising event at Harlem’s world-famous Apollo Theater.

Inspired by “A Great Day in Harlem

” — Art Kane’s indelible photograph of 57 famous jazz musicians shot for Esquire magazine in 1958 on East 126th Street in Harlem — “A Great Night in Harlem” was launched in 2001 by Oxenhorn, who only a year before had joined the JFA as the money-strapped non-profit organization’s only employee.

In the years since, the Apollo concert has raised tens of millions of dollars for musicians in need, with recipients ranging from luminaries such as Odetta and Roberta Flack to pioneers like Sweet Georgia Brown and Johnnie Mae Dunson.

“A Great Night in Harlem

Drummer-producer Steve Jordan will return this year as the evening’s musical director.

Carlos Santana will be the inaugural recipient of JFA’s Claude Nobs Award, named after the late founder of Switzerland’s celebrated Montreux Jazz Festival, where the guitarist has appeared regularly over the course of many years.

Born in the Mexican state of Jalisco, Santana began playing the guitar at the age of eight. He became active professionally after his family moved to San Francisco, founding his Santana Blues Band in 1966. His passionate fusion of rock, blues, and Latin music made him a fixture of the local ballrooms from the band’s debut at the Fillmore in June 1968, and his eponymous group burst into prominence with a breakout appearance at the Woodstock Music and Arts Festival in August 1969.

A string of bestselling albums followed, and Santana continued to expand his eclectic style by encompassing jazz into his band’s expansive sound; his unmistakable tone and ecstatic attack graced collaborations with John Coltrane’s widow Alice Coltrane and guitarist John McLaughlin. His career entered a new phase of commercial success with the 1999 release of the album Supernatural; the album sold over 30 million copies worldwide and won nine Grammy Awards, including album of the year and (for the single “Smooth”) song and record of the year. In 2019, inspired by the sounds and rhythms of Africa, Santana released the powerful, energy-infused album entitled, Africa Speaks, which NPR called his “best record in decades” (NPR) and The New York Times ranked among “the fiercest albums in Santana’s 50-year career.” Santana was inducted into the Rock and Roll Hall of Fame in 1998, and was a Kennedy Center Honors recipient in 2013.

will be honored with the 2020 JFA Lifetime Achievement Award. Raised in a small Louisiana bayou town, he fashioned his first guitar by hand at the age of seven and taught himself to play. Inspired by B.B. King’s fluid single-string playing and by the flamboyant live performances of Guitar Slim, Guy took a train north to Chicago in 1957, pursuing a career in music. Encouraged by Muddy Waters, he became a hot hand in the Windy City’s competitive blues scene, and garnered attention with singles for the Cobra and Chess labels and session work with Waters, Howlin’ Wolf, Sonny Boy Williamson, and others.

Guy’s influential, extroverted guitar style found a perfect foil in the blazing harp work of Junior Wells, and the two musicians recorded notable albums for Delmark, Atlantic, and Blue Thumb. On his own, Guy recorded prolifically for a variety of labels through the ’80s. Like Santana, he enjoyed a late-career renaissance: In 1991, his Silvertone Records debut Damn Right, I’ve Got the Blues – a blues guitar summit meeting featuring such acolytes as Eric Clapton, Jeff Beck, and Mark Knopfler – received the first of his eight Grammy Awards. He was inducted into the Rock and Roll Hall of Fame in 1995, and was a Kennedy Center Honors recipient in 2012.

The JFA will honor one of its own with its presentation of JFA’s Quincy Jones Q & You Award to Wendy Oxenhorn. Born on the day that Chicago blues harmonica ace Little Walter Jacobs died, she has carried the torch as a harp player in her own right, and busked in New York’s subways.

She joined the Jazz Foundation of America after answering a newspaper ad, and, after learning that the organization’s bank account held only $7,000, she ramped up its fundraising activities and services to serve the charitable needs of the music community. She was the recipient of the A.B. Spellman NEA Jazz Masters Award for Jazz Advocacy in 2016.

Steve Jordan told ABC News in 2019, “She’s actually given almost two decades of her life to the foundation — eating and sleeping the foundation, and that is beyond commendable.”

JFA Executive Director Joe Petrucelli adds, “Wendy’s spirit of generosity and selflessness have shaped the culture of the organization and touched the lives of everyone associated with it, not just he musicians but our supporters, Board and staff. These values are her legacy and will continue to inform the work of the Jazz Foundation.”

Individual tickets and VIP packages for “A Great Day in Harlem” are available via the Jazz Foundation of America’s web site: https://jazzfoundation.org/gala2020.