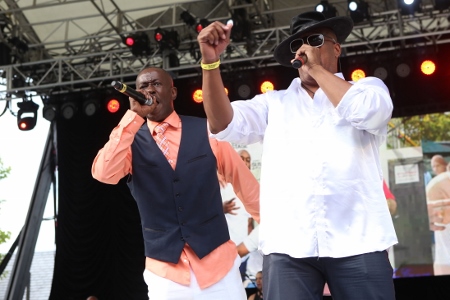 Capital One is the festival’s new multi-year title sponsor (Capital One City Parks Foundation SummerStage) and its official bank and credit card. A presenting sponsor since 2015, Capital One has helped SummerStage bring more than 500 artists to 800,000 audience members in parks all around New York City.

“Capital One is proud to elevate our long-standing support for SummerStage as the title sponsor,” said Michael Slocum, President, Commercial Banking and Northeast Regional President, Capital One. “Free live music and dance performances bring neighborhoods to life. We are committed to helping communities thrive by supporting SummerStage performances and keeping them free and open for all New Yorkers to enjoy.”

SummerStage has a long history of presenting artists on the verge of breaking big. The launch of the 2019 season will build on that legacy with the reopening of SummerStage in Central Park on Saturday, June 1 as a night of discovery. Audiences will be introduced to both a refurbished venue and to the music industry’s next big stars. The night will feature New York City native, the soulful R&B singer songwriter
Emily King, along with developing artists and deep soul revival band Durand Jones & the Indications, and more throughout the evening.

“This is a very big year for SummerStage. Not only are we reopening our storied Central Park venue, modernizing it for its next 30 years, but we are also partnering with our new title sponsor and looking to the future by launching the season with young musicians representing the next generation,” said Heather Lubov, Executive Director of City Parks Foundation. “Of course, throughout the summer, we will present a line-up that is reflective of our city’s population, focusing not only on gender equality, but also on the huge diversity of cultures and backgrounds that make New York so special and exciting.”

As a women-run festival with a mission of diversity and inclusion, SummerStage is helping to transform the future of the music industry by participating in the PRS Foundation’s international Keychange pledge and presenting a lineup this season that features a 50:50 gender balance. SummerStage is one of the few local festivals that has achieved this goal. Notable performances by women this summer will include two break-out female-fronted Canadian pop bands Alvvays and The Courtneys; Spanish soul-pop singer and Latin Grammy winner Buika, who will be joined by A-WA, a Yemenite-Israeli sister trio; an all-female lineup of Taiwanese talents including One Fang; Wendy Whelan, former principal ballerina and current Associate Artistic DIrector with the New York City Ballet, presenting her new work-in-progress, Carnival of the Animals; La India, New York native and one of salsa’s biggest voices; rapper and activist Ana Tijoux; legendary drummer and icon Sheila E

SummerStage will continue its tradition of identifying the best new artists and bringing together strong voices from around the world to perform in New York City, some for the very first time. Highlights will include Calypso King of the World, Mighty Sparrow

where the original festival was staged; and the 40th anniversary of Queens-based, women-run reggae label VP Records with Elephant Man, Junior Reid, Estelle, and Raging Fyah. 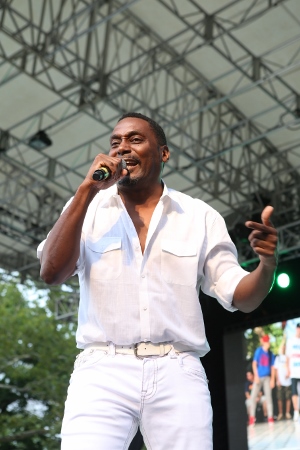 “This season’s lineup is thoughtfully curated to celebrate community across all five boroughs by bringing distinctly New York artists to neighborhoods where they have personal history. The Festival also acts as a platform for global talent to perform for New Yorkers, and a place to see some of the most diverse and exciting talent around,” said Erika Elliott, Executive Artistic Director of City Parks Foundation.

SummerStage’s flagship venue in Central Park will reopen after undergoing a major, $5.5 million transformation that includes a new stage and sound system, enhanced lighting, new and raised seating areas, and improved dressing rooms and production spaces. In collaboration with West Elm, the Brooklyn-based global design company known for its original, modern designs, select areas of the venue will be expertly outfitted with furniture and décor from the brand’s new summer assortment. Concert-goers and performers will enjoy the highest standard of sustainably sourced products all summer long.

The complete SummerStage schedule follows below. For the most up-to-date scheduling and lineup for all SummerStage programming, follow SummerStage via the social media handles below and visit www.SummerStage.org for all festival information.

In all of its programming and activities, City Parks Foundation partners with the New York City Department of Parks & Recreation to improve neighborhood parks and the communities they serve.