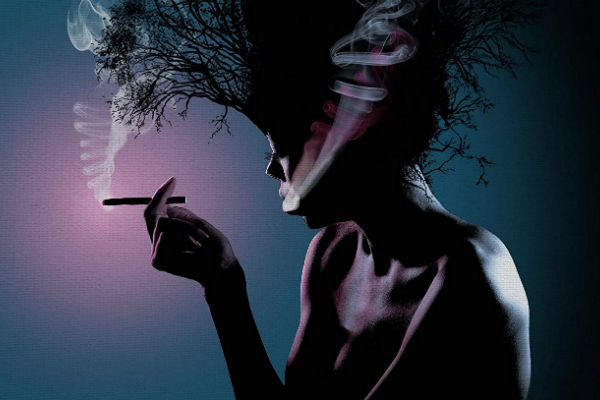 “For decades, Big Tobacco has made it clear that Black lives don’t matter to them.

They have, without shame, aggressively and insidiously marketed menthol cigarettes and other flavored tobacco products to our communities of color. As a direct result, we’ve seen disproportionate rates of tobacco use and worse health outcomes due to this deadly addiction. We say — enough. Tobacco use kills tens of thousands of Black and Brown people each year in this country and flavorings like menthol are particularly appealing to our youth, masking the harshness of smoking, and making it harder to quit.”

“Today, I am joined by several prominent social justice, religious and progressive leaders in sending a letter to Governor Cuomo and our State Legislative Leaders calling for immediate state action to end the sale of these products by passing S6809, Hoylman/ A8808, Bichotte. This bill takes all flavored tobacco, including menthol cigarettes, flavored cigars, pipe tobacco, hookah, and smokeless tobacco off the shelves once and for all.”

“The COVID-19 pandemic has laid bare the undeniable health disparities that are pervasive in our state with people of color being disproportionately impacted by this virus. This should come as no surprise since people of color die prematurely at higher rates due in part to underlying chronic diseases — many of which are caused and made worse by tobacco.”

“While you consider policy solutions focused on ways to make Black lives matter, we urge you to consider the disproportionate impact of cigarette smoking, which causes the avoidable deaths of 45,000 Black Americans each year in the United States. Back in the 1950s when the targeted promotion of menthol to our communities started, only 5% of African Americans who aa smoked used menthol cigarettes. Today, that number is 85%. This racial targeting of communities of color must stop.”

“Big Tobacco’s use of flavored tobacco to manipulate people of color and our youth to be their “replacement smokers” is a health equity, social justice, and racial equity issue that must end now. Big Tobacco: #WeAreDoneDying and we need our State Leaders to stand with us and end this injustice.”

We, the undersigned including a broad range of social justice and religious leaders and organizations respectfully call on New York State to enact a comprehensive policy to prohibit the sale of all flavored tobacco products. We strongly support S6809, Hoylman/ A8808, Bichotte, which applies to all flavored tobacco, including menthol cigarettes, flavored cigars, pipe tobacco, hookah, smokeless tobacco. This is both a public health and social justice issue, which must be addressed now.

Earlier this year, you enacted a ban on all flavored e-cigarettes. Given this action and your recognition that the flavoring used in e-cigarettes make these very dangerous and addictive products attractive to youth, the same logic must apply to all flavored products used by the tobacco industry to lure young people to be their next generation of users. Further, given that young person of color are far more likely to use other flavored products like menthol cigarettes that remain on the shelves, we cannot claim victory for enacting a flavored e-cigarette ban and walk away. Further action is needed to protect all New York youth from falling victim to this insidious industry.

The devastating and transformative events of the last several months have only underscored the importance of removing flavored tobacco from the shelves. With the rapid spread of COVID-19 throughout the country, New York State quickly became the epicenter of virus. Many studies have documented how Black and Brown communities have been disproportionately impacted by the virus and are more likely to experience severe symptoms and outcomes. Consider these sobering statistics:

Tobacco use — a pandemic in its own right — makes the user more likely than nonsmokers to develop severe complications with COVID-19, according to a review of studies by public health experts convened by the World Health Organization. People of color are dying at higher rates due in part to underlying chronic diseases — which are caused and made worse by tobacco. Unfortunately, the relationship between tobacco use and racial health disparities is well-documented and particularly tragic given the tobacco industry’s decades of aggressive marketing of menthol products to communities of color.

Heart disease and cancer, both tobacco-related diseases, are the top two leading causes of death among African Americans. Lung cancer kills more African Americans than any other type of cancer. While you consider policy solutions focused on rectifying inequities that lead to the unwarranted death of Black Americans, we urge you to consider the disproportionate impact of cigarette smoking which has led to the avoidable deaths of 45,000 Black Americans each year in the United States.

We know that the tobacco industry has an irreconcilable conflict of interest with public health, and this has been proven for decades as they develop strategies and tactics to appeal to new audiences and potential smokers. For decades, tobacco companies have put advertisements, free samples, reduced prices and coupons for menthol-flavored products in black neighborhoods. Back in the 1950s when the promotion of these products started, only 5% of African Americans who smoked used menthol cigarettes. Today, that number is 85%.

By the tobacco industry’s design, menthol is often the flavor that youth use to initiate tobacco use because of its soothing qualities. 54.5% of high school smokers and 48.4% of middle school smokers use menthol cigarettes. For black youth smokers, the number using menthol cigarettes is even higher at 70%. In fact, longitudinal studies show that initiation with menthol cigarettes facilitates progression to established cigarette use among young smokers. If we fail to act on flavored tobacco, we can be certain that history will continue to repeat itself by disproportionately hurting communities of color.

States and localities are recognizing the role that flavored tobacco plays both in proliferating healthcare disparities among communities of color, and as social justice and health equity issue for which the time has come to address it.

In 2019, Massachusetts enacted a comprehensive ban on all flavored tobacco, and just last month, California followed suit with lawmakers unanimously passing a bill to end the sale of all flavored tobacco products and it was signed into law by the Governor the same day. At least 100 municipalities around the country have also enacted flavored tobacco bans that include restricting the sale of menthol cigarettes. Several other states have proposals in play like New York. Our State experienced significantly more COVID-19 deaths than any other. This loss was made worse by health disparities that tobacco use continues to exacerbate. For these reasons, you must prioritize the health of our residents and put an end to Big Tobacco’s use of flavorings like menthol to prey on and addict our youth and our Black and Brown communities.

Please end the sale of ALL flavored tobacco in New York State now. We may not know yet what future public health threats we face, but if we act now, we could be saving millions of lives from suffering and death and preventing the next generation from ever picking up a tobacco product. Business, as usual, is costing Black Americans their lives at the hands of Big Tobacco, and collectively we want to make it clear that #We Are Done Dying.

Michael Gamer, Chairman of the Board, 100 Black Men