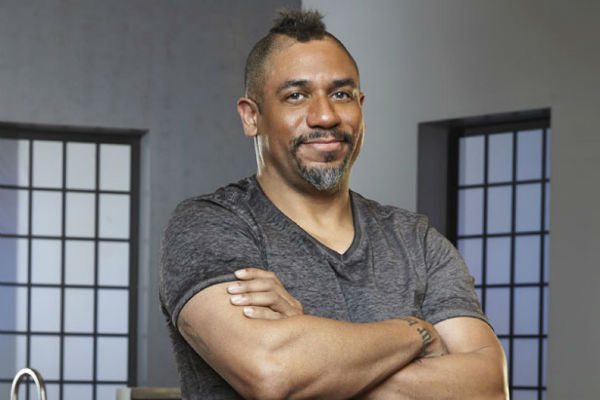 Reverence comes from chef-owner Russell Jackson, who pegs his fine dining restaurant as an homage to his California upbringing. He plans to open the tasting menu restaurant next month at 2592 Frederick Douglass Blvd., at 138th Street, on the historic Strivers’ Row.

The $98 five-course meal will focus on seafood, poultry, and vegetables, and recipes will pull from the flavors of California, which he says range from Korean and Japanese to French and Latin American. “I realized I miss cooking the food that represents my home,” he tells Eater, adding that it’s his most “personal” project.

The opening menu will include dishes like quail egg, yam, and fermented uni-chile empanadas; escargot served with a fennel tart; trout with California shell beans; and a miso almond honey cake topped with coffee syrup. The menu will change seasonally.

Jackson’s NYC restaurant will operate different than most: Dinner service will be run by a five-person team, including Jackson, and everyone will collectively cook, clean, and serve. It’ll be a pay-before-you-go, reservations-only affair, limited to groups of six people or less, booked via the restaurant’s website.

Reverence marks Jackson’s first foray back into the brick-and-mortar restaurant scene since his two-year-old San Francisco restaurant Lafitte closed in 2012, mainly due to financial reasons. Lafitte served as a platform for the chef’s fight against a foie gras ban and received two stars from the Chronicle on a second-round review. It was a consequence of his Subculture Dining, which he started in 2006, making him an early pioneer of the underground dining scene in San Francisco. He’s since brought the operation over to NYC.

Over the past five years, Jackson has been working on his media career while based in New York, including a recent stint as a co-host on Bravo TV’s Going Off the Menu. As he’s grown to call Harlem home, he’s felt the need to contribute something back to the neighborhood, he says.

The chef — whose San Francisco-born underground supper club Subculture Dining earned him a reputation as the dissident chef — has been living on 138th Street in Harlem for a while now and says he’s disappointed with the lack of fine dining restaurants in the neighborhood. Reverence is his response to that.