Bumpy, Malcolm, And The Italian Mob Are Back For Season 2 Of Godfather Of Harlem 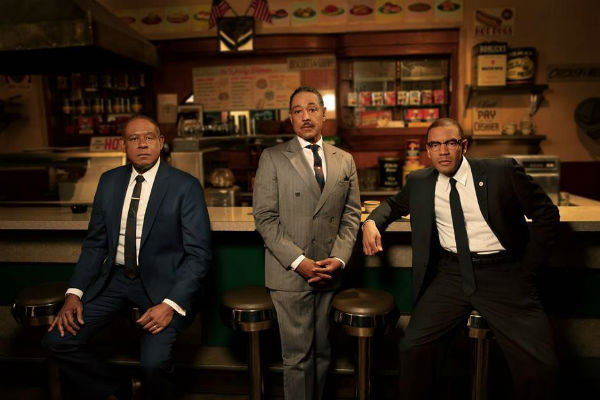 Season two of Godfather Of Harlem will see Bumpy continue his struggle to reclaim command over Harlem from the Italian mobsters by attempting to seed internal discord and sever their vital heroin pipeline.

Meanwhile, Malcolm X will be forced to choose between violent and nonviolent responses to the near-constant threats to his life and his relationship with Bumpy will be severely tested.

Godfather Of Harlem tells a story inspired by infamous crime boss Bumpy Johnson (Forest Whitaker), who in the early 1960s returned from eleven years in prison to find the neighborhood he once ruled in shambles.

With the streets controlled by the Italian mob, Bumpy must take on the Genovese crime family to regain control.

During the brutal battle, he forms an alliance with radical preacher Malcolm X – catching Malcolm’s political rise in the crosshairs of social upheaval and a mob war that threatens to tear the city apart.

Godfather Of Harlem is a collision of the criminal underworld and the civil rights movement during one of the most tumultuous times in American history.

ABC Signature is a global leader in the development, production, and distribution of entertainment content across broadcast, cable, and streaming platforms.

The studio produces many of ABC Entertainment’s most significant hits, including “Grey’s Anatomy,” “black-ish,” “mixed-ish,” “American Housewife,” and “Station 19”; and co-productions “The Good Doctor,” “A Million Little Things,” ”For Life,” “The Rookie,” and late-night talk show “Jimmy Kimmel Live!” ABC Signature’s returning and upcoming series include “Godfather of Harlem” for EPIX; Hulu’s “Dollface,” “Marvel’s Helstrom,” and co-production “Woke; “grown-ish” for Freeform; and “The Wilds” for Amazon.

EPIX®, an MGM company, is a premium television network delivering a broad line-up of quality original series and documentaries, the latest movie releases and classic film franchises – all available on TV, on demand, online and across devices.

Launched in October 2009, EPIX® is available nationwide through cable, telco, satellite, and emerging digital distribution platforms as well as through its EPIX NOW app, providing more movies than any other network with thousands of titles available for streaming.