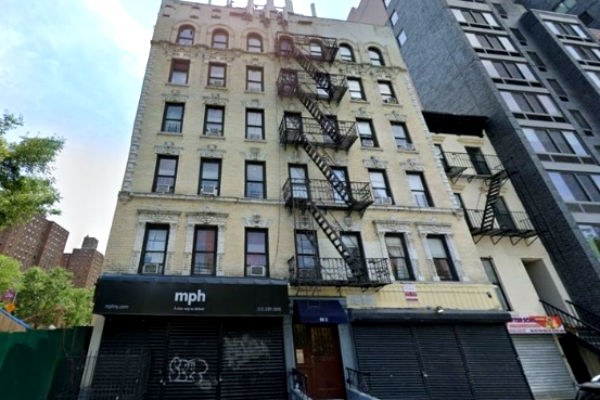 Three East Harlem buildings are hitting the real estate market as a packaged deal for nearly $20 million, according to the real estate firm hired to market the portfolio.

The buildings — 88 E. 111th St., 524 E. 119th St. and 1882 Park Ave. — are being marketed by Ariel Property Advisors at an asking price of $18.5 million, the firm announced this week. The portfolio contains more than 60 apartment units and one commercial building that most-recently served as the office of a contracting firm.

The most expensive building in the portfolio is 88 E. 111th St., located between Madison and Park avenues. Ariel values the mixed-used building at $8.7 million. The building contains 28 apartment units — a mix of five one-bedrooms, 13 two-bedrooms and 10 three-bedrooms — and two retail spaces.

Most of the portfolio’s residential units are part of 524 E. 119th St., located east of Pleasant Avenue near the FDR Drive. The building contains 35 apartments — 11 one-bedrooms, 19 two-bedrooms, and five three-bedrooms. Unlike the East 11th Street building, this complex is entirely residential.

The final property included in the portfolio is a commercial building with no apartment units. The building at 1882 Park Ave., located between East 128th and 129th streets, will be delivered to the buyer vacant and ready-to-use. The three-story building’s layout consists of three open floors and was recently renovated with new electrical and mechanical systems reports Patch.