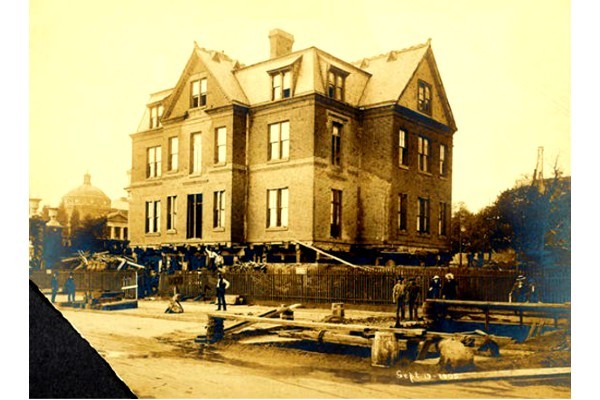 Buell Hall, or the Maison Française (originally called Macy Villa) being moved from its original location on 116th Street to its current location in West Harlem, September 19, 1905.

The Macy Villa served as lodging for some of the wealthier patients, as part of the Bloomingdale Insane Asylum.

The Villa had a large wooden porch that surrounded the entire building, which has since been taken down. Otherwise, Buell Hall’s exterior looks pretty much exactly the way it did in the 1800s.

But apart from Buell Hall and the occasional oddly shaped building, there isn’t much leftover from Bloomingdale.