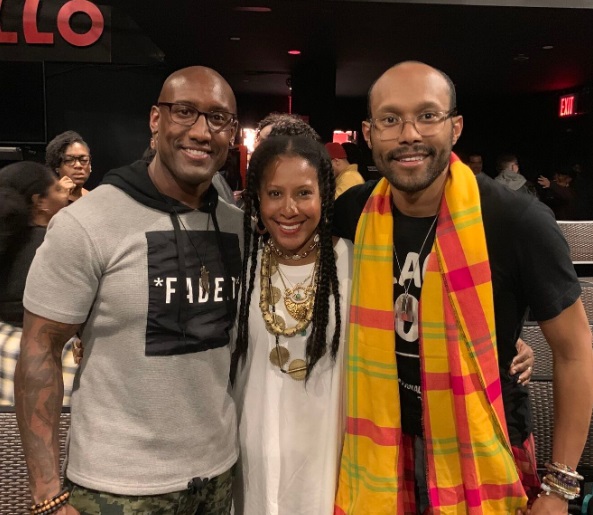 WiLDFLOWER, a full-length musical with book, music and lyrics by Jason Michael Webb and Lelund Durond Thompson, featured Broadway stars Tshidi Manye (The Lion King) and Quentin Earl Darrington (Once on this Island) performing before a packed house on both nights. The event was attended by Danielle Brooks, Bryan Terrell Clark, Corey Hawkins, Saycon Sembloh and Liesl Tommy. 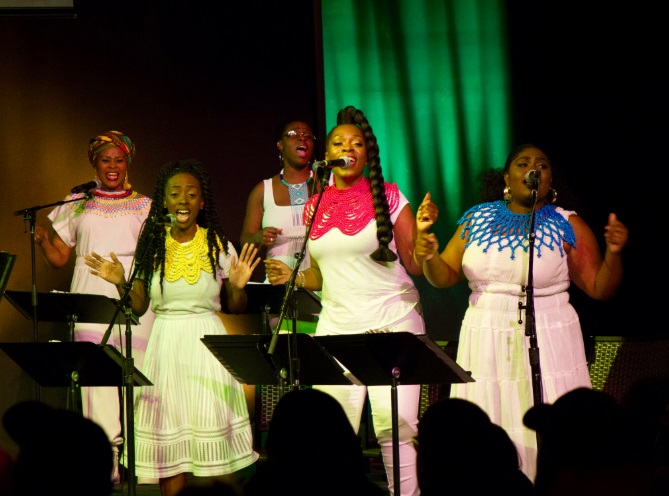 WiLDFLOWER, inspired by the life of Manye and set during the tumult of the early 1990s in both South Africa and the U.S., follows a rebellious, but devoted young mother who unwittingly meets a Sangoma (traditional healer), learns her ancestors’ purpose for her young son, and then must choose between the cost of obeying her ancestors or the higher cost of defying them. Buoyed by a thrilling South African pop and gospel score by Thompson and Webb, the latter of whom was announced this Monday as a recipient of a Special Tony Award during the upcoming awards ceremony this June, WiLDFLOWER was directed by Logan Vaughn with choreography by Kevin E. Boseman. In addition to Manye and Darrington, the cast also included Tamara Jade, Bre Jackson, Pearl Khwezi, Mduduzi Madela, Orlando Dixon, Ayana George, Carlton Terrence Taylor, Lia Holman and Phindile Mkhize Wilson.

WiLDFLOWER was presented as part of the Apollo’s Salon Series, the Theater’s new works program which began in 2016 to support innovative artists and works-in-progress. The Salon Series extends the Apollo’s commitment to the creation of new, innovative works that draw upon the Theater’s rich legacy to support emerging and established artists. The event and collaboration are a part of National Black Theatre’s 50th anniversary season and its program NBT Beyond Walls, which sees the historic institution producing activities citywide, nationally and internationally.