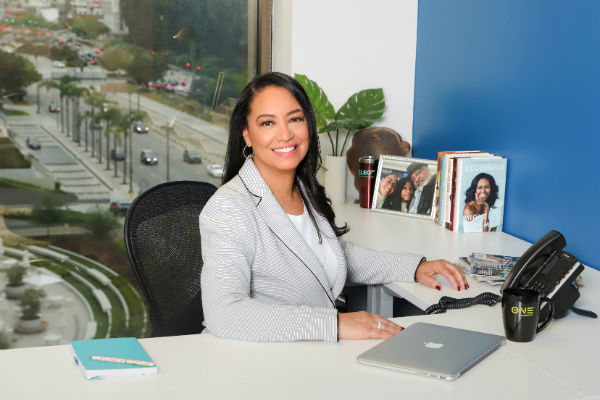 TV One and CLEO TV General Manager Michelle Rice officially announced today that veteran television executive Brigitte McCray has joined the network’s senior leadership team as the Senior Vice President, Original Programming and Production. In her new role, McCray provides strategic direction for all original programming and oversees all development and current production for TV One and its sister network CLEO TV. Based in the Silver Spring headquarters, she will report directly to Rice.

Related:  Harlem's Yandy Smith-Harris Featured On UNCENSORED On TV One

“Brigitte joins TV One as an accomplished media executive with more than 20 years of experience and a great track record,” said Rice. “Her success in strategic program planning and content development will be a big asset as we continue to build two networks and serve our audience with authentic programming tailored to fit their interests. We couldn’t be more thrilled to welcome her to the team.”

McCray has an extensive background in strategic program planning, content development, program acquisition, spearheading multi-platform scheduling, and building effective creative teams for top-rated television networks. Prior to joining TV One, she served as Senior Vice President of Programming, Planning and Strategy for the Travel Channel, where she was responsible for short and long-range strategic planning of the network’s programming. She was also charged with developing, implementing and managing network acquisitions, stunts and specials. In addition, she led brand research and participated in the development of current programming.

Prior to joining the Travel Channel, McCray worked in several roles at Oxygen Media, where she was part of the network’s launch team, including Senior Vice President of Programming, and Vice President of Marketing, On-Air Promotions and Creative Services. She also held pivotal roles at BET Networks and WABC-TV/Disney, where she improved operational effectiveness and spearheaded creative initiatives.
McCray holds a B.A. from the University of Maryland.