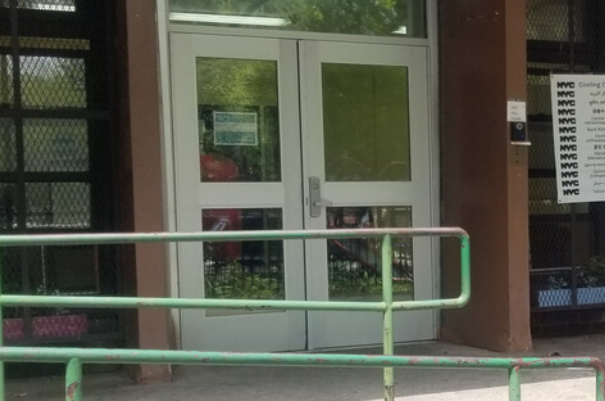 Manhattan Borough President Gale A. Brewer called for an overhaul of the city’s cooling center operations and implementation after an investigation by her office consisting of unannounced visits to cooling centers.

These are colling centers during this week’s heatwave found that out of 53 sites surveyed, 41 were open and 12 were closed.

In one instance, 1 Centre Street–the headquarters of DCAS, the Public Advocate, the NYC Comptroller, and the Manhattan Borough President–was incorrectly listed as a cooling center on one day and then finally removed the following day.

“Cooling centers are an important place to escape dangerous record high temperatures for New Yorkers unable to afford air conditioning, but the City must do a better job ensuring the sites are actually open and accessible and that the listings are accurate so that vulnerable people can avoid needless travel to a cooling center that is actually closed or nonexistent,” said Manhattan Borough President Gale A. Brewer.

A vast majority (74%) of cooling centers lacked signage making it difficult for residents to identify cooling centers, with 96% of sites lacking days and times of operation, which are essential because they vary per site.

A vast majority (74%) of cooling centers lacked signage making it difficult for residents to identify cooling centers, with 96% of sites lacking days and times of operation, which are essential because they vary per site.

Most sites’ hours (68%) did not match the details available on the city’s cooling center finder.

Most sites’ hours (68%) did not match the details available on the city’s cooling center finder.

Borough President Brewer recommended that the City should confirm the status of staffing and cooling at each site in advance of each heatwave before the information is posted online and available by 311.

The City should provide or fund staffing support for sites to be open during evening hours on the weekdays and over the weekend as needed.

Some sites may need HVAC repairs or replacements which the City should identify and quickly correct, especially if these sites are located in neighborhoods without cooling center options.

Brewer also recommended that cooling centers need to have clear signage in multiple languages posted outside of the entrance, including hours of operation and days of the week during a forecasted heatwave, creating a neighborhood awareness of cooling centers when a heatwave hits.

Hours of operation should also be uniform and consistent across all sites. “As New York City faces a warmer future, cooling centers are one of the tools the city uses to mitigate impacts to climate-vulnerable communities and it’s important that we get it right,” she said.