“Blue Was Once My Favorite Color” By Mike McQuillan 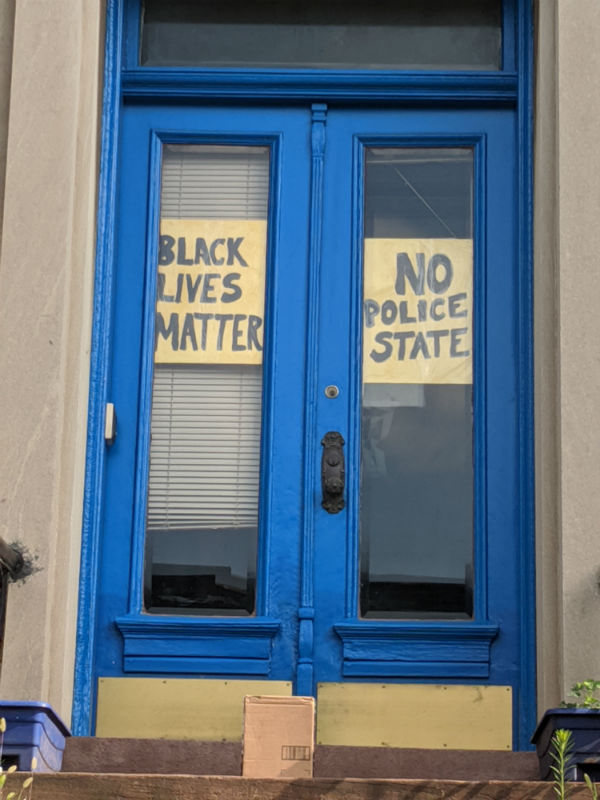 but that means danger now as police use force to kill

though not before the torture that brings the bigot’s thrill

a fleeting consolation as white supremacists in blue

profane their oath of service to destroy what I hold dear

shelve your racial bias be careful with your knee

I don’t like their formal language, I’m seasoned on the street

I’ve had the latest training, my mastery’s complete

Neither loving-kindness nor complying with an officer’s command

they bargained with the devil who gladly took their souls

we know isn’t different after all

but summer heat and traffic will make paint on pavement fade

will our Mayor then propose a tickertape parade?

to a cop who’s out for blood, ignoring rules ignored by peers who watched the victim die

they intervened with dignity and strength, conscience at the fore

paint pictures with descriptions make posters music or a play

draft a manifesto or through choreography display

collaborate where we agree to make those points complete

Have we handled housing, health and culture? incomes, dignity?

poverty correlates with crime there’s no need, happily, for arsenals

as policing unlearns punishment we release our rage and fear

hard work will be worth it

blue was once my favorite color

to restore it would be grand

Send your poem to harlemworldinfo@yahoo.com with poetry in the subject line.