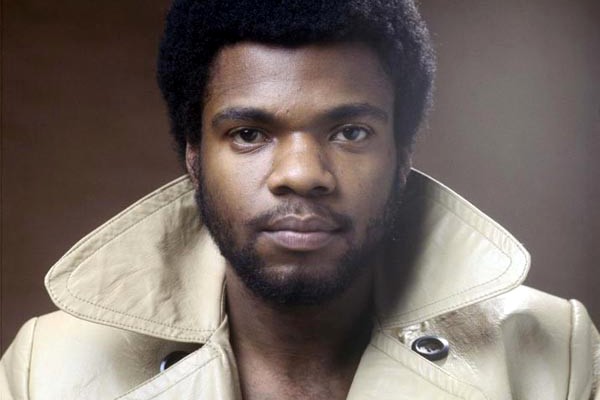 From rock ‘n’ roll jams to rousing gospel to electrifying blues, Encouraging Words exemplifies the wide-ranging talent that Billy Preston was revered for by fans, critics and peers.

Revisiting this 1970 album — Preston’s second of two recorded for the iconic Apple Records label — underscores why his legacy as one of the most talented and versatile artists endures.

Showcasing the songwriting, singing and musicianship honored with his induction this year into the Rock & Roll Hall of Fame for musical excellence, Encouraging Words is set for release as a vinyl reissue on October 29, 2021, via Apple Corps Ltd./Capitol/UMe. Preorder Encouraging Words here. 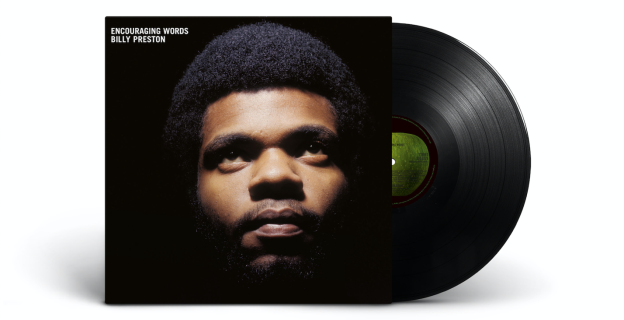 First released in the UK on September 11, 1970, Encouraging Words was co-produced by Billy Preston and George Harrison. Preston recorded two of Harrison’s songs, “All Things Must Pass” and “My Sweet Lord,” for Encouraging Words. Both of Preston’s album cuts were available two months before the versions recorded by George Harrison appeared on his own triple album masterpiece All Things Must Pass, which was recently reissued.

The opener “Right Now” sets that gospel-funk vibe to lyrics about yearning and impatience while the spiritually infused “Little Girl” takes a somber look at love lost. “Use What You Got” has the honky-tonk feel its name suggests and the title track “Encouraging Words,” offers universal wisdom about truth-telling and living the golden rule. With a dramatic classical music intro, Billy immediately shifts gears on “Sing One For The Lord,” which he co-wrote with George Harrison, to a heartfelt and inspirational plea.

He takes The Beatles’ classic “I’ve Got A Feeling” into funky territory. Throughout Encouraging Words, impassioned lyrics are bolstered by jam-band energy and Billy’s incredible work on the keys including “Let The Music Play,” “When You Are Mine” and closer “You’ve Been Acting Strange.”

As a child prodigy, Billy played the organ for the gospel great Mahalia Jackson, and in 1957 at the age of 10, he performed a vocal and organ duet with Nat King Cole on his US television show. In 1962, at 16, Billy joined Little Richard’s touring band with live dates including a performance in Liverpool, with The Beatles as the opening act.

In 1969, Billy worked with The Beatles once more, playing Hammond organ on the Abbey Road album songs “Something” and “I Want You (She’s So Heavy)” and on their final studio album Let It Be, which has been remixed and expanded for a new Special Edition to be released October 15, 2021, by Apple Corps Ltd./Capitol/UMe. For Let It Be, Billy played on “Dig A Pony,” “I’ve Got A Feeling,” “One After 909,” “The Long And Winding Road,” “Dig It,” “Let It Be” and “Get Back.” In April 1969, The Beatles rush-released their worldwide number-one single “Get Back”/“Don’t Let Me Down.” Both sides of the disc were credited to “The Beatles with Billy Preston.” “The greatest surprise was when the record came out,” Billy remembered in 2002. “They didn’t tell me they were going to put my name on it! The guys were really kind to me.”

On January 30, 1969, Billy performed with The Beatles at their famous rooftop concert atop the Apple Corps headquarters in London. The event was filmed for the 1970 documentary film “Let It Be.” When “The Beatles: Get Back,” the hotly anticipated documentary series directed by three-time Oscar®-winning filmmaker Peter Jackson, debuts on Disney+ on November 25, 26 and 27,2021, Billy Preston will be seen lifting The Beatles’ sessions with his boundless talent and buoyant bonhomie.

Billy’s career began at age nine when he portrayed young W.C. Handy in the movie “St. Louis Blues.” He dueted with Nat King Cole on Nat’s TV show at 11. By 15, he was on the road with Mahalia Jackson, as well as Little Richard and Sam Cooke. In 1962, while backing Little Richard in Hamburg Germany, Billy forged a friendship with Richard’s opening act, four chaps named John, Paul, George and Ringo.

That friendship evolved, finding Billy participating on the last two albums The Beatles ever recorded and joining them for the last concert they performed on the rooftop of Apple Corps’ London headquarters in January 1969.

Prior to recording with The Beatles, Preston was a Capitol Records artist, a regular performer on the ABC-TV series Shindig!, and toured as a featured guest with Ray Charles. Following his Beatles stint, he was on the road with The Rolling Stones, Eric Clapton and numerous others.

Preston enjoyed considerable success as a solo artist. A two-time GRAMMY® winner, his massive hits include “Outa Space,” “Nothing From Nothing,” “Will It Go Round In Circles,” “With You I’m Born Again” (with Syreeta), and more. “You Are So Beautiful,” written by Billy Preston and Bruce Fisher to honor Billy’s mother, was covered by Joe Cocker.

Billy Preston’s Try A Little Tenderness at the Apollo Theater in Harlem:

The only GRAMMY®-nominated version of the song was the duet by Billy Preston and Sam Moore recorded in 2005, which was then nominated for the Best R&B Duo or Group after the 2006 release of Sam’s Overnight Sensational album.

The Rock & Roll Hall of Fame states of the 2021 inductee for Musical Excellence, “Billy Preston blazed a path through the history of rock & roll with the smoking sounds of his B3 organ, the funky rhythms of his clavinet, and the exciting tones of his gospel-inspired vocals and piano…Billy Preston is an essential part of the fabric of rock & roll, the magic ingredient that could take a song from ‘good’ to ‘legendary.’”