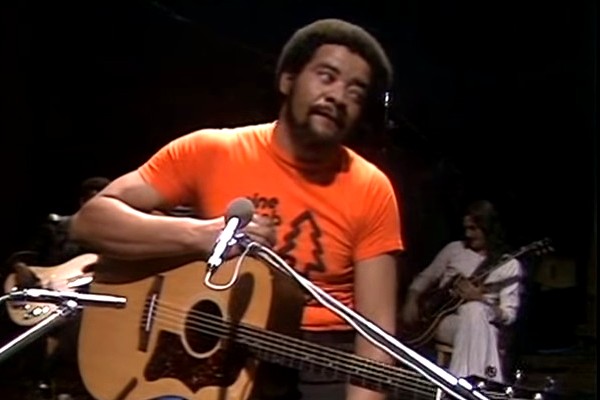 , and it’s a great question to ponder.

Withers was born in the tiny coal-mining town of Slab Fork, W.V., spent most of his 20s serving in the Navy and was working on a manufacturing line in 1971 when his demos and local nightclub performances earned him a recording contract. He was 32 years old—well past the age at which most artists make their debuts.

“What does it feel like to lead a normal working man’s life and suddenly find yourself one of the biggest names in show business?”

His impact was immediate—three of his first five singles reached the Top Three—and it ended almost as abruptly as it had begun, when he walked away from the music business in 1985, after eight studio albums and one live record. Fame was something Withers could take or leave, and he’s proven that point by virtue of the fact that he disappeared and stayed gone for years, emerging only when prodded by documentarians (for the film Still Bill), tribute concerts or, in 2015, his Rock and Roll Hall of Fame induction.

Here’s “Harlem/Cold Baloney” one of Bill Withers’ finest song about Harlem, a prime example of the rich legacy of his music from ‘Live at Carnegie Hall’ 1973 (love the way he looks at the piano player in the opener):

The first song on Withers’ first album, “Harlem” became a fitting show-closer in his live performances, and, subsequently, on his live album. He rides the gradually ascending melody and slow-burning groove in his telling of everyday life in a poor neighborhood—in cinematic terms, it’s a panoramic shot that eventually zooms in on one family’s struggle as the song segues into “Cold Baloney

Trunk Worthy wrote that Withers sounds like he was narrating a 125th Street weekend from his chilly apartment window: “I’m home all by myself,” he sings, “Just five years old and sho’ is cold / Mama cookin’ steak for someone else.” Withers makes their tale sound weary and heroic simultaneously, and the crowd claps along virtually the entire time.

Here are the lyrics:

Our crooked delegation wants a donation
To send the preacher to the holy land
Hey hey Lord, honey don’t give your money
To that lyin’, cheatin’ man

Saturday night in Harlem
Hey hey, every thing’s alright
You can really swing and shake your pretty thing
The parties are out of sight

Our crooked delegation wants a donation
To send the preacher to the holy land
Hey hey Lord, honey don’t give your money
To that lyin’, cheatin’ man

Withers died in Los Angeles on March 30, 2020, from heart complications. His family announced his death on April 3, 2020, saying they were “devastated by the loss of our beloved, devoted husband and father”