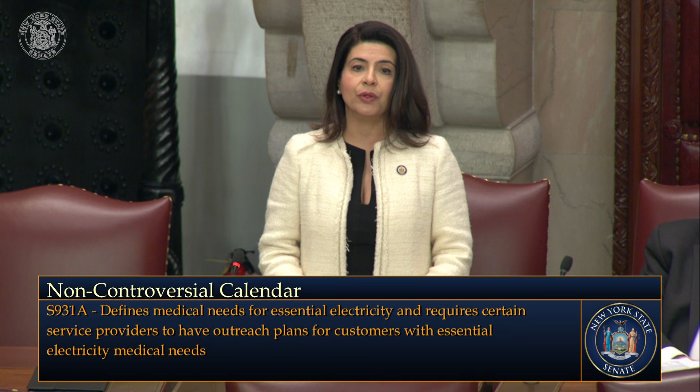 The legislation was introduced in the wake of PSEG-LI’s failed response to Tropical Storm Isaias in August of 2020.

Senator Anna M. Kaplan said “In the aftermath of Tropical Storm Isaias, we on Long Island learned a lot of hard lessons about just how unprepared our utilities are for a major storm event. With hundreds of thousands without power, and PSEG-LI unable to properly manage the response, I received numerous calls from constituents who needed electricity to power their life-sustaining medical equipment, but who apparently were not considered an urgent priority for help by PSEG-LI. We can’t leave people in the dark when their lives are on the line, so I’m proud to pass legislation that will ensure vulnerable New Yorkers are given priority, and treated with care during an emergency.”

The bill previously passed the New York State Assembly, and having passed both houses will be sent to the Governor for consideration.