Biketober: The Cycling Renaissance In NYC Continues To Boom From Harlem To Hollis 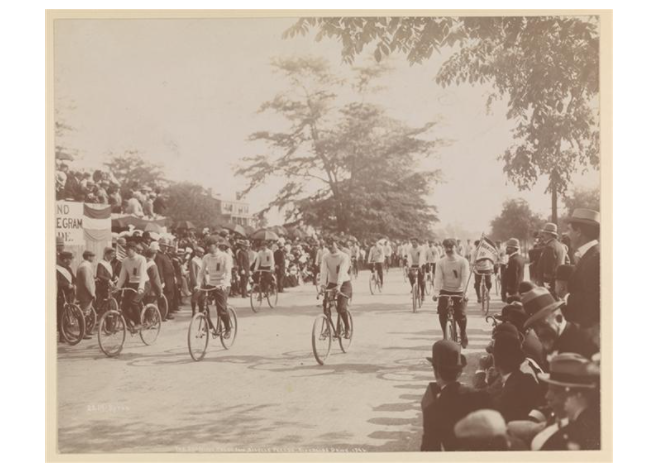 The New York City Department of Transportation (DOT) released its 2021 Cycling in the City report, which provides a comprehensive look into cycling trends in our city.

…Citi Bike also released data showing September as its biggest ridership month in history and is on track to make 2021 its biggest year yet.

The report shows continued growth in cycling and highlights how cycling has become an integral part of our transportation network. As part of today’s announcement, Citi Bike also released data showing September as its biggest ridership month in history and is on track to make 2021 its biggest year yet.

“Our fellow New Yorkers are seeing the light and embracing transportation on two wheels – helping us fight congestion and climate change at the same time,” said DOT Commissioner Hank Gutman. “This report lays out the facts. Cycling is here, and it is here to stay. Data like this provides the foundation of our work to ensure cycling continues to boom and remains a safe, healthy and enjoyable way to get around New York City.”

“Not only are we seeing significant growth in the number of people riding Citi Bike, but we’re seeing our ridership become more diverse in terms of gender, ethnicity, income, and geography,” said Laura Fox, General Manager of Citi Bike at Lyft. “This growth is the result of our partnership with DOT to improve equity, accessibility, and street safety during what was our biggest expansion year ever. We’re not stopping here though, and are excited to continue to activate and sustain the huge latent demand for cycling.”

Using data from The Decennial Census and the New York City Department of Health and Mental Hygiene (DOHMH) annual American Community Health Survey and both automated and manual counts, the Cycling in the City report provides a holistic view of cycling trends in our city.

Key findings of the report include:

Citi Bike, the nation’s largest bike-share program that first launched in New York City in 2013 was a major contributing factor to this past years’ cycling growth. This September, Citi Bike broke its record for highest ridership in a single month with 3.3 million rides. September is the fourth month in a row where Citi Bike has had over 3 million rides.

Additional cycling milestones for Citi Bike this year include:

“This cycling boom is yet another reason why we must continue expanding protected bike lanes, bike racks, and Citi Bike stations all across the City. Our work is only just beginning, but we must take a moment and celebrate this achievement and make sure that pedestrian and cyclist safety continues to be our top priority,” said Council Member Ydanis Rodriguez, Chairman of the Transportation Committee. “This couldn’t have been possible without the advocacy of organizations like Transportation Alternatives, Families for Safe Streets, and Riders Alliance among many more. The support of Mayor de Blasio, Speaker Corey Johnson, and DOT Commissioner Hank Gutman was also instrumental. I look forward to continuing to work alongside such great partners as we continue to make New York City the safest most pedestrian and cyclists friendly city in the Nation.”

“The bike boom is still booming,” said Juan Restrepo, Senior Organizer at Transportation Alternatives. “Transportation Alternatives activists have worked tirelessly over the years alongside NYC DOT to help expand the bike network, and it is gratifying to see the results of our work show up in growing ridership. There is still much more work to be done to ensure the bike network serves neighborhoods equitably, especially in the Bronx where nearly half of all cyclist deaths have occurred this year. Our work continues, but the findings in today’s report and our recent Bridges 4 People victory are motivating our campaigns across the five boroughs and helping us build a city that puts people before cars on our streets.”

As someone who often bikes to and from work, I’m excited to read in the Cycling in the City report that there has been a 26% growth in daily cycling in New York City since 2014.

“As someone who often bikes to and from work, I’m excited to read in the Cycling in the City report that there has been a 26% growth in daily cycling in New York City since 2014. More and more New Yorkers are using bikes to navigate the city, and this not only helps to reduce congestion on our roads but has a positive impact on reducing transportation emissions. We need to continue to make our neighborhoods a safe place for cyclists, which will help to make New York a clean, healthy place to live,” said Julie Tighe, President of the New York League of Conservation Voters.