Bike Lanes Make Roads Safer For Everyone, From Harlem To Hollis, Study finds 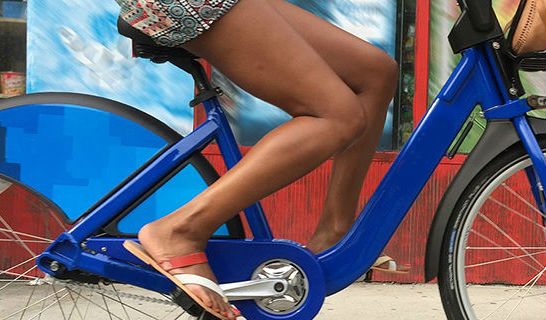 Cycling is a great way for consumers to get from place to place and stay active, but the practice can become dangerous when there aren’t designated areas for riders.

“Bicycling seems inherently dangerous on its own,” said researcher Dr. Wesley Marshall. “So it would seem that city with a lot of bicycling is more dangerous, but the opposite is true. Building safe facilities for cyclists turned out to be one of the biggest factors in road safety for everyone.”

The researchers evaluated data that spanned 13 years from 12 major cities across the country to see how adding designated bike lanes affected road safety. The study was focused primarily on keeping cities safer and figuring out how to cut down on the number of fatalities across U.S. cities, particularly as more and more consumers are choosing bikes and more cities are adding appropriate lanes.

“The U.S. is killing 40,000 people a year on roads, and we treat it as the cost of doing business,” said Dr. Marshall. “A lot of the existing research focuses on bicycle safety; with this study, we’re interested in everyone’s safety.”

Of the cities the researchers looked at for this study, Portland, Oregon saw the biggest increase in road safety. Between 1990 and 2010, Portland saw a 75 percent reduction in the number of fatalities on the roads. Seattle was the second most successful, with its road fatality rate dropping over 60 percent, while San Francisco’s dropped by nearly 50 percent and Denver’s dropped over 40 percent.

Moving forward, the researchers hope that these findings inspire lawmakers to prioritize consumers’ safety when it comes to bike lanes, as the results can affect all who travel on city roads, regardless of their mode of transportation.

“When we believed it was the old safety-in-numbers concept, that meant we had to figure out a way to get more people on bicycles to make cities faster,” said researcher Dr. Nicholas Ferenchak. “That’s not easy. But this research has boiled it down for city planners: create cycling facilities, and you’ll see the impact.”