Between The Lines: For Colored Girls Who Have Considered Politics At The Schomburg 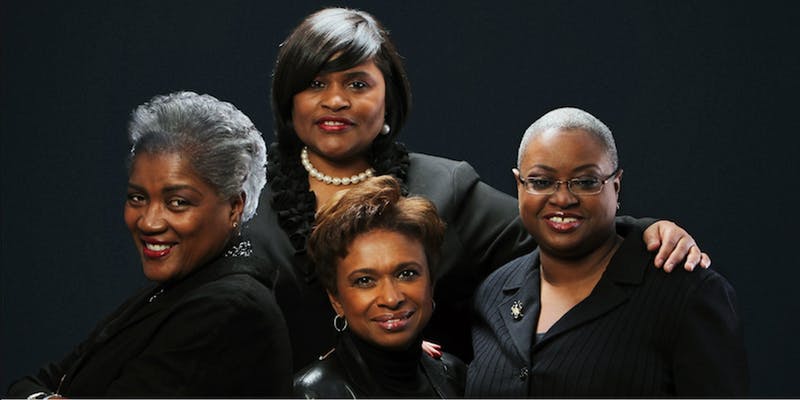 Known as the “Colored Girls”, Donna Brazile, Yolanda Caraway, Leah Daughtry, and Minyon Moore are four of the most influential African American women in United States politics. As political strategists, organizers, CEOs, and more, they have made history and left an imprint on America’s political culture. Yet their stories, like those of so many African American women, are largely absent from the mainstream—until now. Join these remarkable women as they discuss their lives and political legacies, captured in the new book For Colored Girls Who Have Considered Politics, written with Veronica Chambers.