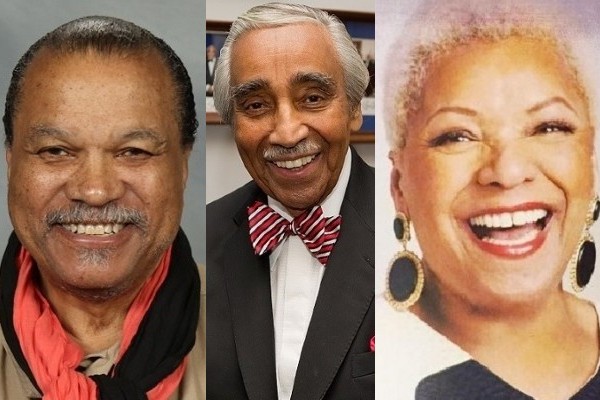 This includes A Thousand Words with Michelle Obama) announces the formation of the Harlem Hall of Fame.

The Harlem Hall of Fame will honor the legends and icons that have made significant contributions to Harlem’s iconic and historic reputation around the globe.

The Hall of Fame is set to make its inaugural debut in August 2021, with a stellar line-up of inductees, via a multimedia execution that will include a virtual induction ceremony/documentary looking at the impacting lives of some of Harlem’s Living Legends (set for broadcast in August) as well as a physical Harlem Hall of Fame exhibition – featuring replicas and personal defining items of the honorees, set for Black History Month February 2022.

Legendary actor Billy Dee Williams will be among the first to be inducted. Williams, who was born and raised in Harlem, is an alumnus of New York City’s High School of Music & Art.

Known as one of Hollywood’s original Black sex symbols, Williams has starred in motion pictures such as “Brian’s Song,” “Mahogany” and “Lady Sings The Blues.”

He starred on Broadway in “A Taste of Honey” and later “Fences.”

His smoldering presence on television could be seen on “Dynasty,” where he played the love interest to the equally iconic Diahann Carroll.

With all of this as a stellar career, he is likely known to most movie-goers as Lando Calrissian in the Star Wars movie franchise.

Williams’ voice could be heard in many commercials and he is also a noted painter.

Former Congressman Charles Rangel was born and raised in Harlem USA. He retired from the NY House of Representatives in 2017, after a lifetime of public service that spanned more than 35 years.

Rangel served in the Korean War, where he earned both a Purple Heart and a Bronze Star.

After earning an honorable discharge, Rangel returned home to New York to work as a lawyer and an assistant U.S. attorney before being elected to and serving in the New York State Assembly from 1967 to 1971.

Rangel was then elected to the U.S. House of Representatives in 1971, where he not only became the 2nd longest-serving official in U.S. History, but where he also held several major offices – in addition to helping fight the war against drugs, provide better housing opportunities to minorities and poor people, and to, until his retirement, make a difference.

Audrey Smaltz is a trendsetter and visionary that many designers love to invite to sit in front row at their one-of-a-kind fashion shows.

Born in Harlem and raised in the Harlem River Houses, Smaltz got her first modeling job with the New York Giants, NYC’s-then baseball team.

She would later model and do fashion commentary for Bloomingdale’s and Lane Bryant. In 1969, Ms. Smaltz moved to Chicago and joined the legendary Ebony Fashion Fair soon after.

She has worked with the best–Vera Wang, Giorgio Armani, Oscar de la Renta, and Bill Blass – as well as corporations such as Nike, Vogue, Saks Fifth Avenue, and Macy’s.

Audrey Smaltz has also been a contributing editor to Vogue and Mirabella and serves on the Black Fashion Museum.

The goals of the Harlem Hall of Fame are to create a visual experience that authentically celebrates the genius cultivated within the Harlem community and shared around the world and to provide a resource for those within the community.