The Four Greatest Arcade Games Of All Time 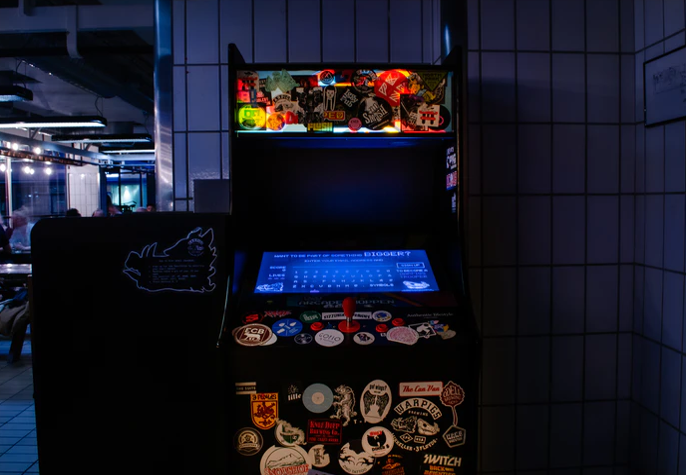 The 1980s golden age of video games began with arcade machines, and some of the earliest arcade games are just as popular today as they were back in the day.

But which are the best of all time? Here is our pick of the top four.

Space Invaders helped confirm Japan’s role as the global leader of video game development in the 1980s. Whether you like playing RPGs and shoot ‘em ups or whether you enjoy the thrill of playing live casino games like blackjack and roulette at a ライブカジノ (live casino), today you can simply go online and play your favorite games within seconds. But back in the early 1980s, most gamers had to visit their local arcades if they wanted to play a variety of exhilarating games. And Space Invaders was unquestionably the most sought-after game to play. When it hit arcades in 1978, no one could have predicted how much of an impact it would have on the future of gaming. It is considered one of the most influential games of all time. Manufactured by the Japanese company Taito, Space Invaders was the very first fixed shooter game. The aim of the game is to defeat a wave of descending aliens by shooting them with a horizontally-moving laser. By 1982, Space Invaders had grossed a whopping $3.8 billion, making it the highest-grossing and best-selling video game in the world at the time.

The Spectrum version was not great, and the Gameboy version was pretty good, but Gauntlet II played at its best in the arcade. With a flat table-top appearance enabling four players to participate, the 1986 game is essentially an expanded version of the original Gauntlet game, but it is better. In the fantasy top-down dungeon-crawler game, you can play as Warrior, Valkyrie, Wizard or Elf, as you battle enemies through levels of labyrinths. In the 1980s and 1990s, this game had more crowds around it than any other game in the arcade. And in 1997, Electronic Gaming Monthly named Gauntlet II the third-best arcade game of all time.

In the original 1981 Donkey Kong arcade game, you control a character called Jumpman, who has to dodge obstacles being thrown by the massive ape Donkey Kong and rescue a damsel in distress. As you probably already know, Jumpman was soon given the name of Mario, and he became Nintendo’s mascot. And the character of Donkey Kong has become just as enduring as Mario the plumber over the years. Both have featured in various games over the decades. In the 1980s, before consoles became popular, this was one of the most popular arcade games of all time, and it is just as much fun to play today.

Pac-Man, the famous dot-popping yellow muncher, is just as loved today as he was when he debuted in the 1980 Namco arcade game. Originally called Puck Man in Japan, the object of the game is to eat all the dots inside a maze while avoiding the ghosts that are hot on your heels. But when Pac-Man gobbles up a power pill, you get to chase the ghosts. Eat them, and you earn more bonus points. But with 256 levels, very few people have ever actually completed the whole game. Since its release, Pac-Man has inspired various spin-offs and sequels, as well as TV shows, a plethora of merchandise, and even a hit song by Buckner and Garcia. The Pac-Man franchise remains one of the highest-grossing of all time, and the character himself is still one of the most popular game characters of all time.