Being A Harlem Globetrotter Is A Lot Of Hard Work 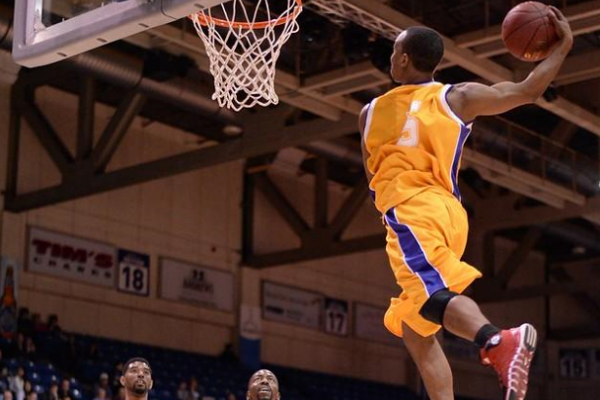 Stefan Bonneau recalls two factors above all others from his time with the Harlem Globetrotters – how joyful the experience was and how dedicated and committed the players were to perfecting their craft.

During the summer of 2013, Bonneau, who played college ball at LIU Post, attended training camp with the legendary Harlem Globetrotters.

“It was actually pretty fun,” Bonneau told the Windsor Star. “It was cool, but what they were doing, it really wasn’t for me.”

As silky smooth as they make it look on court, Bonneau, from Middletown, N.Y.,  acknowledged that plenty of time and effort goes into those famous magical shots and comedy routines that have made the Globetrotters world famous.

“The tricks they do with the ball, you have to work on that a lot, because when it’s showtime, it’s showtime,” Bonneau said. “There’s no mess-ups allowed.”

Playing for the Globetrotters is a time-honored tradition. And not everyone can make the grade.

“It’s difficult to find a good ‘Trotter,” recently-deceased Globetrotters legend Curly Neal once explained to the Windsor Star. “It takes years to be a great one.

“There’s a tryout camp, just like the NBA teams have, every year in Los Angeles. First and foremost, what they look for is basketball talent. They teach different comedy routines later on.

“A lot of it comes down to how well the players relate to the fans and most importantly, with kids.”

The NBA is down to its final four, and as people look on in awe at the amazing skills of those players, and perhaps even wager a dollar or two on the outcome at the best NBA betting site in their area, Neal believed that the Globetrotters were a huge influence on the NBA style.

“The razzle-dazzle entertainment that comes from us,” he once explained. “The slam dunk, the between-the-legs dribble, the behind-the-back pass, we invented all that.

“Those NBA players, they’d come and watch us and then they try to do the stuff we do.”

A few of them even learned it first hand. Over the years, some future and past NBA stars also wore the red, white, and blue uniforms of the Globetrotters.

After his NBA days, Ceballos played for the Globetrotters in 2002. 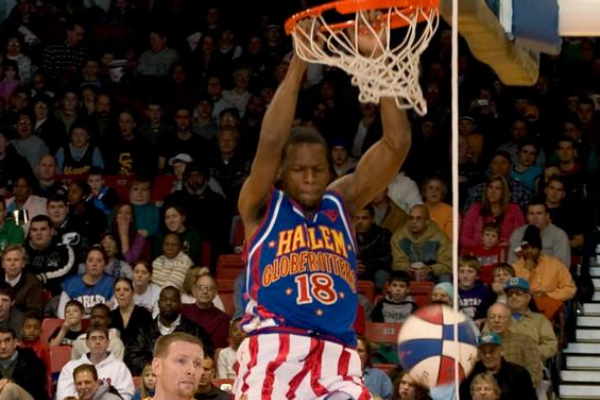 In May 1950 Globetrotters’ star Nat “Sweetwater” Clifton became the first African American player to join an NBA team when he signed with the New York Knicks.

Earl Lloyd and Chuck Cooper, who also broke the league’s color barrier in 1950, both also played briefly with the Globetrotters.

Clifton’s nickname came from his fondness for soda pop.

“He was the first guy on that Dr. J-Michael Jordan level,” former NBA player and coach Doug Moe told ESPN. “Nobody could match him.”

Hawkins was among the early NBA players who were capable of playing the game above the rim. “Someone said if I didn’t break the laws of gravity, I was slow to obey them,” Hawkins once suggested.

Wilt The Stilt left the Kanas Jayhawks after his junior season and spent 1958-59 playing for the Globetrotters. Though he’d go on to win NBA Championships and become the most dominant player in the game, the 7-foot-1 superstar would later describe the year he spent with the Globetrotters as his most enjoyable in basketball.

Chamberlain and the Trotters embarked on an historic 1959 tour of the Soviet Union during which he shook hands with Soviet leader Nikita Khrushchev. He was the first Harlem Globetrotter to have his number retired.