Baby Foods Found To Be Tainted With Dangerous Levels Of Heavy Metals: Urgent Measures From The FDA Are Needed 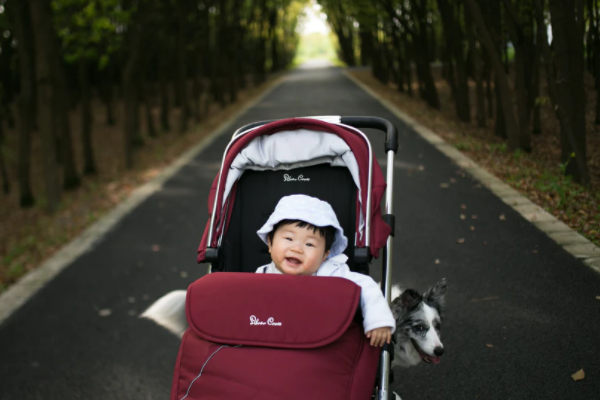 While some heavy metals, such as zinc, selenium, and magnesium, are beneficial for our health, others can wreak havoc on our bodies, affecting children, as they are the most vulnerable to harmful agents.

One primary source of cadmium, arsenic, lead, and mercury, all of which act as neurotoxins, is baby food, the very product meant to support their development.

Currently, the U.S. Food and Drug Administration only regulates the presence of arsenic in infant and toddler foods, specifically rice cereals.

Even so, the limit, which is 100 parts per million (ppm), is considered high by many national and international health agencies.

The lack of regulations concerning heavy metals in baby food gives manufacturers leverage to skip testing which may end up costing manufacturers between $50 and $100 per sample but must be done nonetheless for both health and ethical reasons.

Therefore, to protect children from heavy metal exposure, radical measures must be taken as soon as possible by agencies such as the U.S. Food and Drug Administration.

The frenzy regarding the presence of dangerous concentrations of heavy metals in baby food began in 2019, when the non-profit organization Healthy Babies Bright Futures made public their study results from “What’s in My Baby Food?”. Researchers carefully examined 13 different food types under 61 baby food brand names. What the report revealed is appalling, to say the least—most of the infant and toddler food tested contained at least one heavy metal of concern. To understand how serious the issue is, let the fact that 1 in 4 baby food products contain all four heavy metals sink in.

Shortly after the study results were released, the Subcommittee on Economic and Consumer Policy decided to conduct its own in-depth investigation on commercial baby food. Out of the seven baby food companies that were asked to participate, three refused to cooperate with the investigators. The manufacturers that agreed to share their internal documents throughout the investigation were Beech-Nut, Hain, Gerber, and Nurture. In contrast, those that chose not to disclose information about heavy metal testing were Walmart, Campbell, and Sprout Organic Foods.

Furthermore, over 25% of the baby food the company tested before sale contained over 100 ppb arsenic. Another major manufacturer, Gerber, was found to use ingredients with a high concentration of arsenic, including 67 batches of rice flour with more than 90 ppb arsenic.

The congressional report was made public on February 4, 2021, and what the investigators found far exceeded any expectations. Nurture, which sells baby food under the brand Happy Family Organics, put forward products containing as much as 180 ppb arsenic on the market when the safe limit is 10 ppb. Furthermore, over 25% of the baby food the company tested before sale contained over 100 ppb arsenic. Another major manufacturer, Gerber, was found to use ingredients with a high concentration of arsenic, including 67 batches of rice flour with more than 90 ppb arsenic.

When it comes to lead, one of the most potent and damaging of heavy metals, Beech-Nut uses ingredients in baby food containing over 800 ppb lead when the safe limit is only 5 ppb. Moreover, Hain used ingredients with as much as 352 ppb lead. The manufacturer also used numerous ingredients with high lead content, including 6 with over 200 ppb lead. Therefore, it’s clear as day how baby food companies abused the lack of strict regulations concerning the content of heavy metals in their products.

Frequent Exposure to Heavy Metals and Autism in Children

One of the most pressing concerns for parents of infants and toddlers who feed their children store baby food is the possibility of developing autism. Once ingested, cadmium, arsenic, lead, and mercury act as neurotoxins and can take a heavy toll on children’s neurodevelopment. Neurotoxins directly target the brain and the nervous system, inhibiting the ability of neurons to perform their usual intracellular functions and transmit a signal to a neighboring cell.

With frequent ingestion of dangerous concentrations of heavy metals from baby food, children are at high risk of autism. Interestingly, 1 out of 54 children born after 2008 has autism.

With frequent ingestion of dangerous concentrations of heavy metals from baby food, children are at high risk of autism. Interestingly, 1 out of 54 children born after 2008 has autism. The average age of diagnosis is 5, which might link to the increasing prevalence of high levels of neurotoxins in baby food. Lastly, heavy metal exposure in children might lead to lifelong I.Q. decline, less economic output in the future, and an increased likelihood of criminal and antisocial conduct.

What Is the FDA Doing to Solve the Issue of Heavy Metals in Baby Food?

As a response to the outrage sparked by the findings of the congressional report, the U.S. Food and Drug Administration drafted a loose and lengthy strategy, which the agency refers to as the “Closer to Zero” plan. Unfortunately, this plan has numerous drawbacks, as it proposes to solve the issue of heavy metals in baby food within the next 2 years. This is a very long waiting period, as the nation’s infants and toddlers are being fed tainted food daily, and radical measures need to be taken as soon as possible.

Per the “Closer to Zero” plan of the U.S. Food and Drug Administration, the first step solving this issue would be evaluating the dangers of heavy metals, a topic on which we already have plenty of information, and subsequently to propose the changes that have to be implemented, which refers to the limits for each heavy metal of concern. Once again, we have numerous studies that estimate the safe limit of each of the four heavy metals. The last two steps the strategy of the agency proposes are consulting with stakeholders and, finally, implementing the maximum heavy metal limits for baby food.

According to the U.S. Food and Drug Administration, the “Closer to Zero” plan would come to fruition only in 2024, which is unacceptable considering how acute the issue of toxic metals in baby food is. Therefore, the strategy proposed by the agency is thereby unsuitable and unnecessarily complicated in comparison to the magnitude of the problem infant and toddler parents are facing and will continue to face until safe limits become law.

A beacon of hope is that, following the results of the congressional report that were made public in the winter of 2021, Representatives Raja Krishnamoorthi introduced the bill known as the Baby Food Safety Act on March 26, 2021. This bill aims to set strict limits for the four heavy metals of concern in baby food, namely 10 ppb arsenic, 5 ppb cadmium, 5 ppb lead, and 2 ppb mercury. Additionally, the Baby Food Safety Act would also expand the authority of the U.S. Food and Drug Administration by investing it with the power to require a recall of adulterated or misbranded baby food products that have a dangerous concentration of one or more heavy metals.

On October 21, 2021, a coalition of 24 Attorneys General from across the country petitioned the U.S. Food and Drug Administration to establish limits for cadmium, arsenic, lead, and mercury in baby food a priority. Their petition also criticized the agency’s “Closer to Zero” plan it had drafted out to set maximum limits for heavy metals in infant and toddler food, as it expands over too many years and does not place the safety and wellbeing of America’s children first.

The Attorneys General thereby urges the U.S. Food and Drug Administration to set interim proposed action levels as soon as possible, which refers to the limit of heavy metals at or above. The agency must take off baby food from the shelves. Although the coalition somehow applauded the agency for its “Closer to Zero” plan, the attorneys believe that the estimated timelines are too far off when action to protect children is necessary immediately.

Advice for Baby Food Companies to Follow in the Meantime

Industrialization brought countless means of producing food, including products for infants and toddlers. Sadly, numerous baby food companies decide to act unethically and skip crucial steps to ensure their products are safe and non-toxic for children. Suppose you own a company that manufactures infant and toddler food and want to prevent it from going down a slippery slope. In that case, it is essential to implement a series of measures for your employees to follow, such as:

As Chief Financial Officer, Jonathan Sharp has been a part of the legal team of Environmental Litigation Group, P.C., for over 20 years. The law firm, headquartered in Birmingham, Alabama, specializes in toxic exposure cases. Among his responsibilities are case evaluation, the management of firm assets, client relations, and the collection and distribution of the funds.