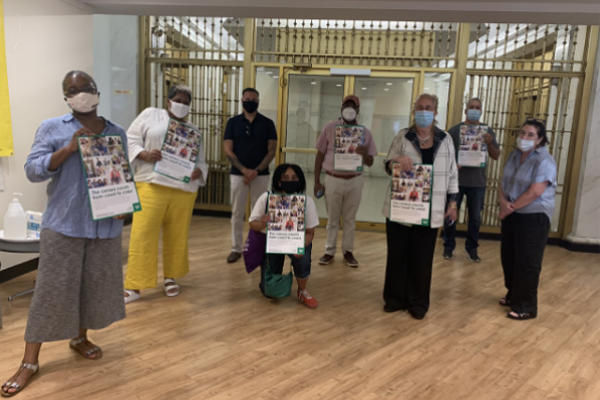 They received grants from Empire State Development to conduct census outreach for historically-undercounted communities. The organizations received a total of $215,000 to undertake work from Harlem to Houston, providing a much-needed last-minute boost as the final days of the census response period shifts into high gear. The Census Bureau has unexpectedly reported that field data operations and self-response options will end on September 30 and not October 31, 20202, as originally planned.

Manhattan Borough President Gale A. Brewer said “The stakes have never been higher for Manhattan. We already faced enormous challenges when it came to a complete and accurate census count before the pandemic arrived, and now we face the prospect of a census with a high number of residents who have temporarily or permanently relocated. We are thankful for the leadership and commitment of Governor Andrew M. Cuomo, NYS Complete Count Committee Co-Chairs Secretary of State Rosanna Rosado and Jim Malatras, President, Rockefeller Institute of Government, and Empire State Development for ensuring this funding gets to proven and trusted non-profit organizations in Manhattan. The census bureau’s announcement of its decision to cut short its timeframe and to rush the census means that this funding is needed more than ever by these worthy organizations to beat the clock and ensure that every single of us completes the census.”

Manhattan Deputy Borough President Aldrin R. Bonilla said “The president has announced that he will rush through the census process and he has employed scare tactics to try to send a message to immigrants that they don’t matter. We reject this politically-driven plan that threatens the accuracy and fairness of our census. We’re proud to play a role in getting funding to community-based nonprofits to provide the education and programming our communities need so that New Yorkers can break through disinformation and scare tactics and be informed about why the census is so critical to protecting the rights, funding, and representation that they are entitled to.”

These organizations will undertake culturally-relevant “safe distancing” census outreach activities consistent with social distancing guidelines, such as caravans and walking tours in low-response rate census tracts, phone-banking and text-banking operations, webinars and virtual town halls, and the development of outreach materials such as newsletter items for community groups to include in their messaging.