Audi Drives Toward The Future With E-Tron 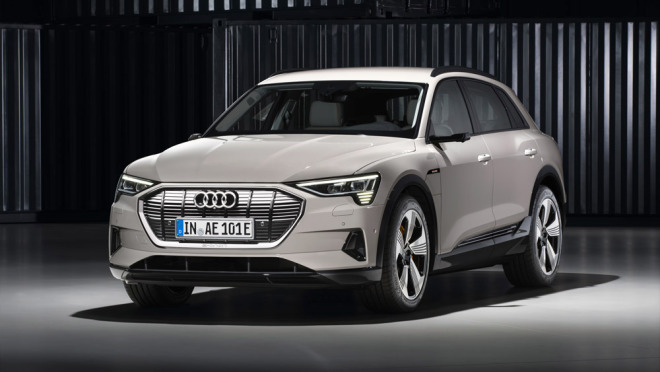 On the surface, the new e-tron might seem like little more than Audi’s first-ever electric car. But in reality, Audi is banking on the vehicle becoming much more. Indeed, the storied German automaker is hoping you’ll think of it as the silent tip of the spear in an upcoming charge aimed at conquering the hearts and minds of luxury buyers—who, heretofore, might have resisted the clarion call of EVs.

Just ask Scott Keogh, the Audi of America president who recently helped introduce the e-tron to hundreds of media, dealers and other VIPs at an extravagant global unveiling just north of San Francisco. 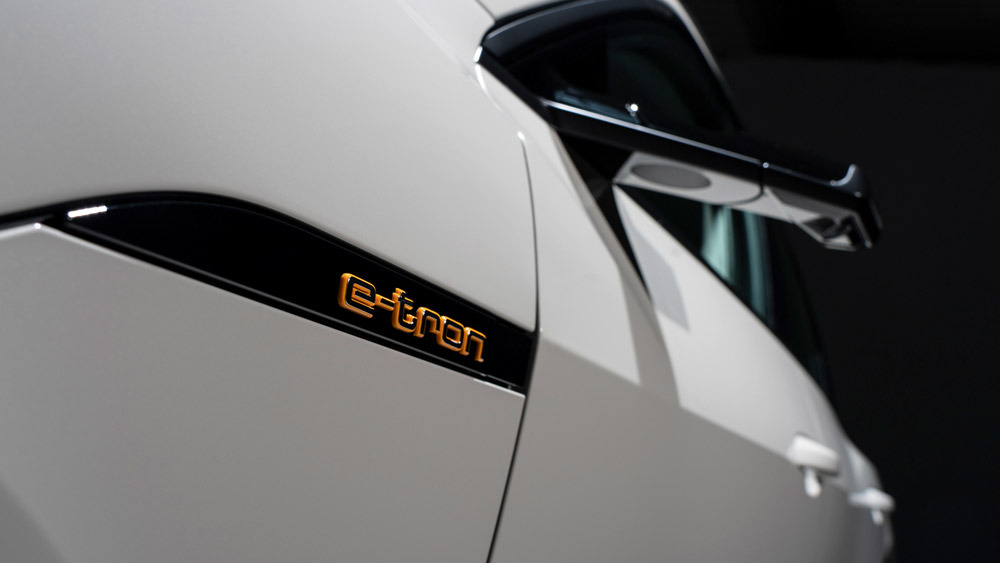 “This is just the beginning for us,” says Keogh, adding that more than a dozen Audi models will be electrified over the coming years. Up next will be a coupe as well as a four-door sedan; a concept of the latter, dubbed the e-tron GT, will bow at the Los Angeles Auto Show in November 2018 and, no doubt, will cause immediate comparisons to Audi’s VW Group stablemate, the Porsche Taycan electric sedan, due out next year.

The e-tron, which starts at $75,000 (a special edition model fetches 85,000), is a lithe SUV that has echoes of the Q7 and Q8 SUVs. Batteries are positioned beneath the passengers’ feet while front and rear electric motors provide swift acceleration and energy-saving regenerative braking. Inside, the typically tech-centric Audi cockpit shines, including multiple screens featuring automobile, infotainment, and climate control settings.

It’s easy to make the comparison to Tesla’s Model S and X vehicles, and Keogh in fact praises Tesla and its CEO Elon Musk for kindling an EV fire that soon will rage. But in many ways, Audi is determined to play up its differences from the Silicon Valley automaker, beginning with Audi’s vast dealership network. 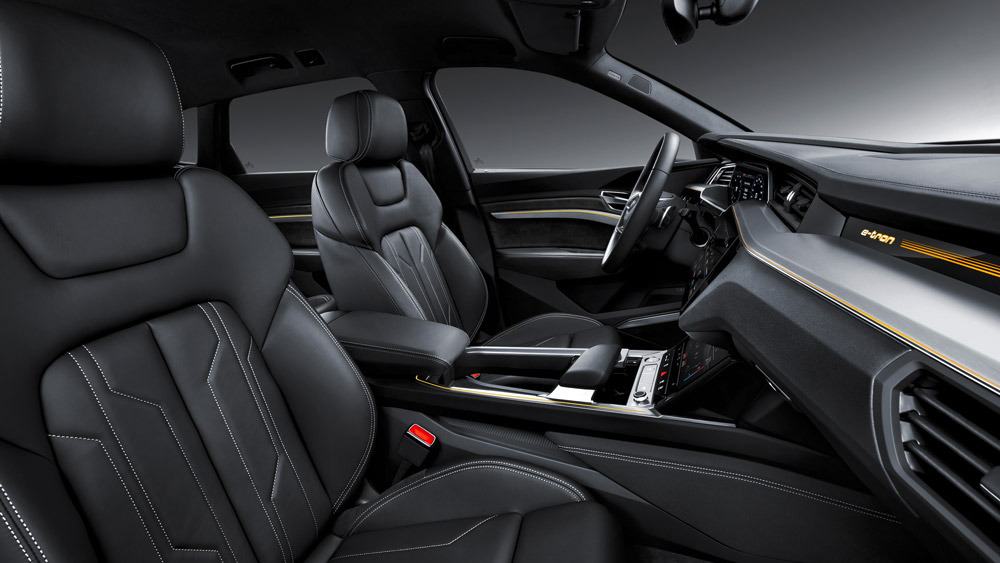 What’s more, it plans to leverage its mushrooming base of existing owners, some 1.7 million strong, to pitch what Keogh says will be cars that require no compromises while bestowing on their owners a sense of being pioneers—the e-tron emphasizes its roots as an Audi and the driving experience that conveys first and foremost. The electric power-train is secondary.

“Many customers who might have considered an electric car have always had reasons to walk away, but we hope to change that with the e-tron and the cars that come next,” says Keogh. “We find that luxury consumers might not want to do anything crazy, but they also don’t want to be left behind.”

Keogh says that the e-tron will essentially market itself once the car—which arrives in dealerships in the second quarter of next year but can be reserved online today—starts quietly rolling up to schools, country clubs, and restaurants in upscale enclaves around the nation.

“Driving an e-tron, you’re driving the future,” he says. “And that’s what every luxury buyer wants.”

Read the entire article on the Robb Report.