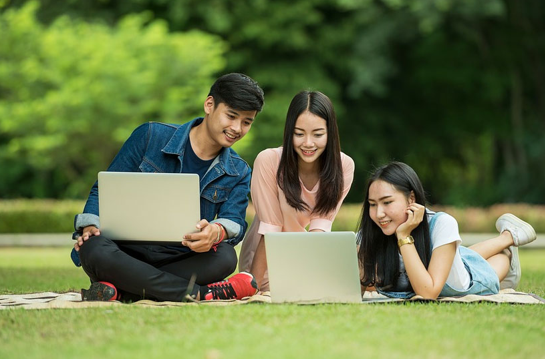 New York Attorney General Letitia James today secured student debt relief for thousands of New York borrowers whose federal loans were allegedly mismanaged by the Pennsylvania Higher Education Assistance Agency (PHEAA). In an agreement with the Office of the Attorney General (OAG), PHEAA is required to audit thousands of accounts to identify errors that may have caused borrowers to miss out on benefits, such as income-driven repayment (IDR) plans or debt forgiveness for eligible borrowers under the Public Service Loan Forgiveness (PSLF) program.

PHEAA, which operates as FedLoan Servicing and American Education Services (AES), will correct errors identified in borrowers’ accounts and provide monetary relief as restitution for some borrowers as appropriate.

More than 300,000 borrowers are eligible to have their accounts reviewed for free and are encouraged to request an audit.

This agreement resolves an earlier lawsuit brought against the student loan servicer over allegations that it failed to properly manage student loans and administer the PSLF program by inaccurately counting loan payments, improperly denying applications, and not processing applications in a timely manner.

Under the agreement, PHEAA will automatically review the accounts of nearly 10,000 New York borrowers for potential errors.

PHEAA will be reviewing accounts for various errors, including incorrect information provided about PSLF or IDR eligibility, inaccurate monthly payment that borrowers were charged, and more. A full list of the errors that will be corrected can be found on OAG’s frequently asked questions page.

If the review shows that errors were made, PHEAA will either ensure the borrower gets credit for all their payments by adjusting accounts appropriately or will provide comparable monetary relief.

In addition, more than 300,000 current New York residents with an active Direct Loan or Family Federal Education Loan (FFEL) that is currently being serviced by PHEAA or was serviced by PHEAA as of December 1, 2021 may be eligible to have their accounts reviewed at no cost to borrowers.

A complete description of those borrowers who are eligible can be found on OAG’s frequently asked questions page.

Under the agreement, PHEAA will begin to send out notices to borrowers within 30 days, and all notices will be sent within 90 days.

The notices will arrive using the method that PHEAA normally uses to communicate with borrowers and will give instructions on how to request a review. Borrowers can also request a review by going to their online account at MyFedLoan.org.

If PHEAA does not find any errors during either the automatic review or following a requested review, borrowers will have an opportunity to appeal that determination at no cost to them.

The OAG will receive regular reports on the review and appeals process to make sure it is working properly and will also be able to intervene on borrowers’ behalf, as appropriate, if they appeal PHEAA’s determination.

Today’s agreement also expands the benefits provided by the U.S. Department of Education’s PSLF temporary waiver program adopted in October 2021 to assist borrowers who may not have been able to make use of the waiver due to PHEAA’s mismanagement.

Under the new, temporary rules, the waiver program will count payments on FFEL, Perkins, or other non-Direct federal loans as qualifying towards the PSLF requirement of 120 payments for loan forgiveness.

In addition, certain payments on loans that were late, less than the full amount due, or made under the wrong payment plan will also count.

Borrowers who are eligible for these benefits should review their account status with Federal Student Aid and contact them with any questions.

PHEAA’s review under its agreement with OAG is separate from the U.S. Department of Education’s review.

In May 2021, Attorney General James sent a letter to the U.S. Secretary of Education calling for significant reforms to help student borrowers and shield them from predatory for-profit colleges.

While PHEAA has announced that it will stop serving federal student loans when its current contract with the U.S. Department of Education ends in December 2022, it has committed to taking the necessary steps to complete the automatic and discretionary reviews as part of the agreement.

This includes borrowers whose accounts already have or will be transferred to new servicers, including MOHELA, Aidvantage, Edfinancial, or Nelnet, before completion of PHEAA’s review.